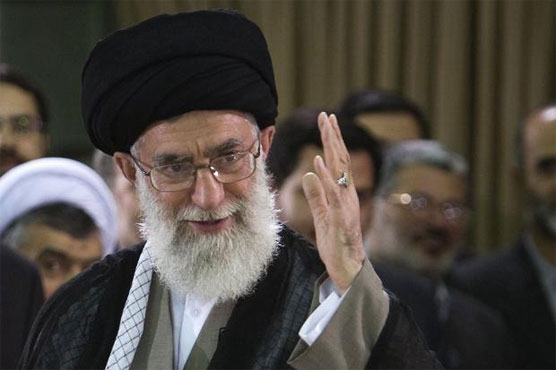 Around 2,300 foreign pilgrims died in the stampede a year ago, including hundreds of Iranians.

Meeting with the families of victims of a deadly stampede during last year’s hajj pilgrimage, Khamenei said: "The Saudis’ failure and incompetence in this incident proves once again that this cursed, evil family does not deserve to be in charge and manage the holy sites."

Around 2,300 foreign pilgrims died in the stampede a year ago, including hundreds of Iranians.

Saudi Arabia says the death toll was 769 -- despite data from more than 30 countries suggesting it was far higher -- and has refused to release the details of its investigation into the disaster.

"If they are telling the truth and are not at fault in this incident, they should let an Islamic international fact-finding committee closely examine and clarify the truth of the issue," Khamenei said, according to a transcript of his comments published on his website.

"Even if this was not deliberate, this much impertinence and incompetence is an offence for a political ruling system."

Khamenei added that the Saudi government was acting with US support to "shed blood in Yemen, Syria, Iraq and Bahrain".

"Therefore, America and other supporters of Riyadh are accomplices in Saudi crimes and atrocities," he said.

Pain lingers one year after hajj tragedy in Saudi

Iran-Saudi war of words heats up ahead of hajj