Iran-Saudi war of words heats up ahead of hajj 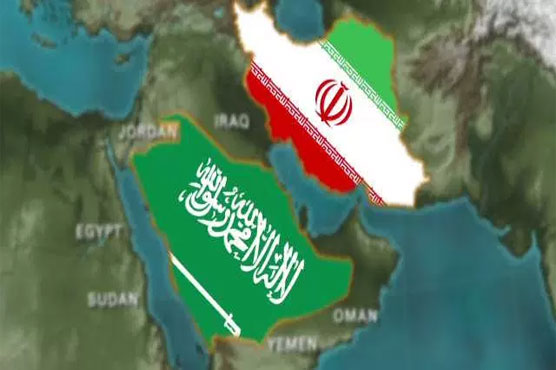 That has sparked acrimonious exchanges ahead of the start of the hajj on Saturday.

TEHRAN (AFP) - The bitter war of words between Iran and Saudi Arabia intensified Wednesday ahead of the annual hajj pilgrimage from which Iranians have been excluded for the first time in decades.

Iranian President Hassan Rouhani called on the Muslim world to unite and "punish" the Saudi government for its actions in the region.

"If the existing problems with the Saudi government were merely the issue of the hajj... maybe it would have been possible to find a way to resolve it and put it in the right direction," he told a cabinet meeting, according to the IRNA state news agency.

"Unfortunately, this government by committing crimes in the region and supporting terrorism in fact shed the blood of Muslims in Iraq, Syria and Yemen."

Iranians have been blocked from the annual pilgrimage to Islam’s holiest places in Saudi Arabia, due to start Saturday, after talks on safety and logistical issues fell apart in May.

Earlier this week, supreme leader Ayatollah Ali Khamenei launched a furious rebuke of the Saudi management of the hajj and holy sites, accusing the ruling family of "murder" over the deaths of nearly 2,300 pilgrims in a stampede during last year’s event.

He was due to meet later on Wednesday with the families of some of the more than 400 Iranian victims of the stampede.

"The hesitation and failure to rescue the half-dead and injured people... is also obvious and incontrovertible. They murdered them," he wrote on his website Monday.

The head of the six-nation Gulf Cooperation Council hit back at Khamenei’s remarks on Wednesday, calling them "inappropriate and offensive... and a desperate attempt to politicise" the hajj.

Relations between Iran and Saudi Arabia were already at rock bottom before the regional rivals started trading caustic remarks this week.

Khamenei described the Saudi royal family as "small and puny Satans who tremble for fear of jeopardising the interests of the Great Satan (the United States)".

Saudi Arabia’s most senior cleric, Grand Mufti Abdulaziz al-Sheikh, responded on Tuesday, telling the Makkah daily: "We must understand these are not Muslims, they are children of Magi and their hostility towards Muslims is an old one."

"Magi" is a reference to the Zoroastrian religion that was prevalent in Iran before Islam, and is sometimes used as an insult against Iranians.

"Indeed, no resemblance between Islam of Iranians and most Muslims, and bigoted extremism that Wahhabi top cleric and Saudi terror masters preach," Zarif tweeted.

A history of violence

Iran boycotted the hajj for three years between 1988 and 1990 after clashes between Iranian pilgrims and Saudi police in 1987 left around 400 people dead.

Diplomatic ties were resumed in 1991, but relations have deteriorated in recent years, particularly over the countries’ support for opposing sides in the Syrian and Yemeni wars.

In January, relations were severed again after Iranian demonstrators torched Saudi Arabia’s embassy and a consulate following the kingdom’s execution of a prominent Shia cleric.

Around 60,000 Iranians took part in last year’s hajj, but the two sides could not reach an agreement on this year’s pilgrimage.

A former senior US foreign policy official, John Hannah, last month cited Gulf sources in an article for Foreign Policy magazine, saying that "the Saudis did in fact go out of their way to make Iranian attendance difficult."

"(The) Saudis were insisting that the Iranians be kept in a closed camp, effectively barred from co-mingling and socialising with participants from other countries, often considered an essential element of the hajj experience," Hannah wrote.

His claims could not be independently verified. Saudi Arabia says Tehran made "unacceptable" demands, including the right to organise demonstrations "that would cause chaos".

The kingdom’s Crown Prince Mohammed bin Nayef reiterated those concerns on Monday, saying Iran wanted to "politicise hajj and convert it into an occasion to violate the teachings of Islam, through shouting slogans and disturbing the security of pilgrims."

Pain lingers one year after hajj tragedy in Saudi