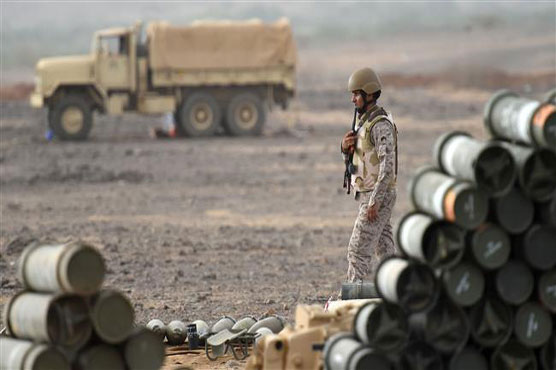 The blast hit a border patrol in the southwestern province of Jazan.

RIYADH (AFP) - One Saudi soldier was killed and three were wounded when a landmine exploded on the border with Yemen where Riyadh has led a 14-month military intervention, the interior ministry said late Monday.

The blast hit a border patrol in the southwestern province of Jazan, the ministry said in a statement.

The border area has been largely calm since March, when local tribes brokered a truce between Riyadh and Tehran-backed Huthi Shia rebels, who control most of it.

Saudi Arabia intervened in its impoverished southern neighbour in March last year in support of President Abedrabbo Mansour Hadi, who had fled into exile as the rebels threatened to overrun the country.

Despite its intervention, the rebels and their allies still control many of Yemen’s most populous regions, including the central and northern highlands and the Red Sea coast.

A UN-sponsored ceasefire came into effect on April 12 paving the way for peace talks which opened in Kuwait on April 21.

There have been repeated walkouts by the government delegation but face-to-face negotiations resumed on Monday.