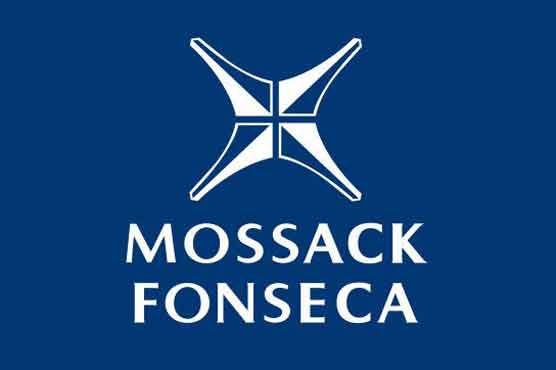 LONDON, April  6, 2016 (AFP) - As-well as shining a spotlight on the secret financial arrangements of the rich and powerful, the so-called Panama Papers have laid bare London s role as a vital organ of the world s tax-haven network.

The files leaked from Panama law firm Mossack Fonseca exposed Britain s link to thousands of firms based in tax havens and how secret money is invested in British assets, particularly London property.
Critics accuse British authorities of turning a blind eye to the inflow of suspect money and of being too close to the financial sector to clamp down on the use of its overseas territories as havens, with the British Virgin Islands alone hosting 110,000 of the Mossack Fonseca s clients.
"London is the epicentre of so much of the sleaze that happens in the world," Nicholas Shaxson, author of the book "Treasure Islands", which examines the role of offshore banks and tax havens, told AFP.
The political analyst said that Britain itself was relatively transparent and clean, but that companies used the country s territories abroad -- relics of the days of empire -- to "farm out the seedier stuff", often under the guise of shell companies with anonymous owners.
"Tax evasion and stuff like that will be done in the external parts of the network. Usually there will be links to the City of London, UK law firms, UK accountancy firms and to UK banks," he said, calling London the centre of a "spider s web".
"They re all agents of the City of London -- that is where the whole exercise is controlled from," Richard Murphy, professor at London s City University, said of the offshore havens.
The files showed that Britain had the third highest number of Mossack Fonseca s middlemen operating within its borders, with 32,682 advisers.
Although not illegal in themselves, shell companies can be used for illegal activities such as laundering the proceeds of criminal activities or to conceal misappropriated or politically-inconvenient wealth.
Around 310,000 tax haven companies own an estimated $170 billion (210 billion euros, $240 billion) of British real estate, 10 percent of which were linked to Mossack Fonseca.
The files appeared to show that the United Arab Emirates President Sheikh Khalifa bin Zayed Al-Nahyan owned London properties worth more than $ 1.2 billion and that Mariam Safdar, daughter of Pakistani prime minister Nawaz Sharif, was the beneficial owner of two offshore companies that owned flats on the exclusive Park Lane.
The revelations undermined promises by British Prime Minister David Cameron to clear up the murky world of offshore finance and its proceeds.
"Every few years London pretends to  clean up its act ," wrote columnist Simon Jenkins in the capital s Evening Standard newspaper.
"Most world cities are ruthless against foreigners who arrive with suitcases of cash to buy property or other businesses. Not London," he added.
"It is awash in  offshore  towers overlooking the Thames."
Conspicuous displays of foreign wealth are common around the British capital from the lavish statues outside the mansions of Russian oligarchs to the fleet of Lamborghinis raced by Middle Eastern princelings around the streets of plush Knightsbridge.
London s reputation as the "capital of funny money" -- so-called by Jenkins -- is closely related to its legitimate attraction as a financial centre, with its light-touch regulation, laissez-faire attitude towards wealth, vibrant culture and history of global trading, said Shaxson.
"London has been a crossroads for the world s money for centuries," he explained.
"When the British empire collapsed, London swapped being the governor of the imperial engine to being an offshore island and allowing money to come with no questions asked," he added.
With public pressure mounting, Murphy said Britain had the power to legislate directly on its overseas territories, but the lobbying power of the financial sector and worries about upsetting the jewel in Britain s economic crown were holding back efforts.
"The City of London seems to believe that without these conduits, then it would not have the competitive edge that it needs," he said.
"The financial institutions have become like wild animals," added Shaxson.
"It s the government s responsibility to stop this nonsense.
"The government has been captured by the banking establishment and some way has to be found for that to be broken. British politicians feel they can t do anything."