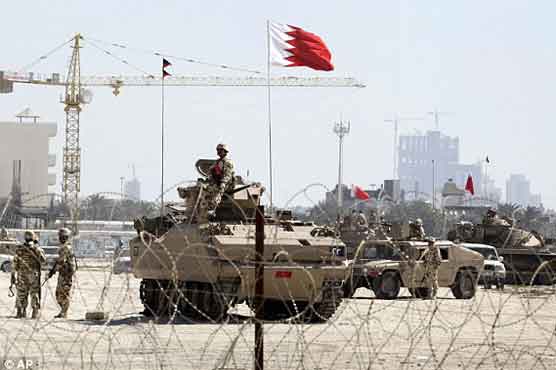 DUBAI: (AFP) - Bahrain announced on Tuesday the death of three of its soldiers while they were serving in the Saudi-led military campaign against Iran-backed rebels in Yemen.

More than 80 people, including civilians, have been killed on Saudi Arabia s southern front with Yemen since coalition forces launched a campaign in support of the war-torn country s recognised government in March.

But the statement published on the official Bahrain News Agency did not say whether the three had died in an accident or an attack, and did not say when the incident took place.

The latest deaths raise to eight the total number of Bahraini troops killed since March as part of the coalition.

Saudi Arabia and the United Arab Emirates, which play key roles in the coalition, have lost the most troops in the campaign. One Qatari soldier has also died.

Sudan has also deployed troops in Yemen while Kuwait s Al-Qabas daily reported on Tuesday that the emirate has decided to send ground forces to take part in the conflict.

Kuwait s participation in the Yemen war has so far been limited to its air force.

In Yemen itself, more than 5,800 people have been killed since March.