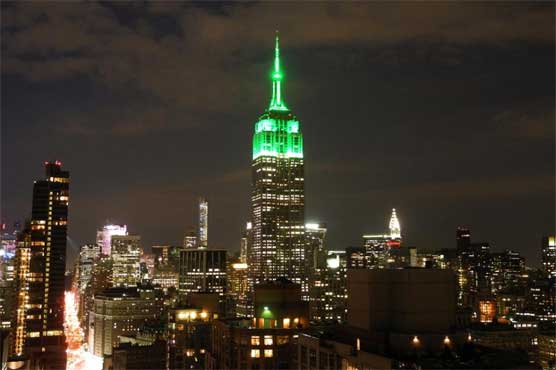 The green light will shine until the famous skyscraper closes to the public at 2:00 am (0600 GMT), when the building traditionally turns out its lights.

The skyscraper has carried out the tradition "for several years now -- it is an annual lighting," a building spokeswoman told AFP.

The Empire State Building famously shines specific colors for a number of religious holidays -- pastel shades for Easter, blue and white for Hanukkah, and red and green for Christmas.

It also has marked a number of events -- red, white and blue for the US women s World Cup victory, rainbow colors for gay Pride Week, and blue, white and purple for World Oceans Day on June 8.

The tower is otherwise illuminated in white each night.

The privately-owned building receives hundreds of requests each year to be lit in particular colors for various causes and events.

Although it does not make its selection process public, it does not accept requests for political campaigns, religious figures and organizations, or personal events.