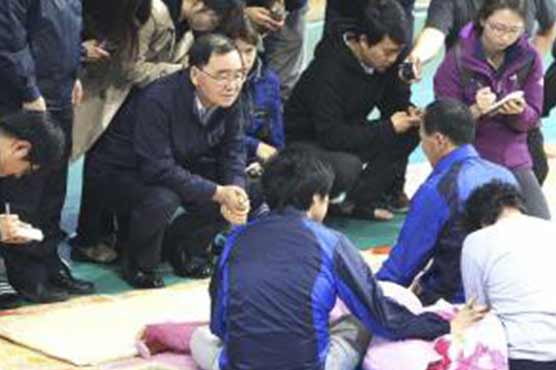 Several Chonghaejin officials have already been arrested over the disaster

PARIS (AFP) - A French court will re-examine whether or not to extradite the daughter of a South Korean tycoon blamed for a ferry disaster that killed more than 300 people, a judicial source said Thursday.

A court in Paris had in January authorised the extradition of Yoo Som-Na, who was detained in the French capital in May on an Interpol arrest warrant filed by Seoul, but her lawyers appealed the ruling.

And this week, as the first anniversary of the tragedy looms, France s top appeals court overturned the ruling, meaning Seoul s extradition request will have to be re-examined.

Yoo, 48, is wanted in South Korea on suspicion that she embezzled millions of dollars from subsidiaries owned by the family company Chonghaejin Marine Co.

Authorities there believe that the alleged embezzlement contributed to safety defects that led to the April 2014 ferry disaster which claimed more than 300 lives, most of them schoolchildren.

The overloaded and unstable Sewol ferry owned by Chonghaejin was carrying a total of 476 people when it capsized on April 16 last year.

Several Chonghaejin officials have already been arrested over the disaster.

Yoo s brother Yoo Dae-Kyun was found guilty in November of syphoning off some $7.2 million (6.7 million euros) from the company and sentenced to three years in prison.

That same month, the Sewol s captain was jailed for 36 years for gross negligence and dereliction of duty, while three other senior crew members were sentenced to jail terms of between 15 and 30 years.

Yoo s father Yoo Byung-Eun, meanwhile, had been the target of a nationwide manhunt after he refused to respond to an official summons following the ferry disaster.

The tycoon, who in addition to his substantial business interests also ran a religious group, was found dead in a plum orchard last June.

Alps crash pilot had suicidal tendencies in past: prsecutors