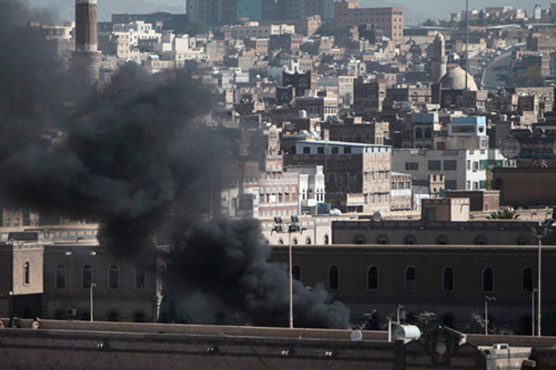 Unstable and impoverished Yemen has been hit by a wave of violence in recent months.

SANAA (AFP) - A car bomb tore through dozens of Yemenis lined up at a police academy in Sanaa on Wednesday, killing 37 in the latest attack highlighting the country s growing instability.

Police said another 66 people were wounded in what it described as a "terrorist bombing" targeting potential police recruits, in a statement cited by the official Saba news agency.

Unstable and impoverished Yemen has been hit by a wave of violence in recent months, with a powerful Shiite militia, known as Huthis, clashing with Sunni tribal forces and the country s branch of Al-Qaeda.

Witness Khaled Ajlan said the early morning blast targeted dozens of "new students who were registering at the police academy".

The charred remains of the dead, mostly young men, were piled on the sidewalk outside the academy alongside blood-soaked documents they had been carrying.

The wreckage of a car sat nearby, with little remaining but mangled metal and the steering wheel, one of several cars that were still burning at midday.

A security official told AFP the bomb was in a minibus, of which only scraps of metal remained.

Rescue workers loaded bodies into ambulances, which pushed their way through gathered onlookers, many taking pictures of the carnage with their mobile telephones.

The health ministry urged Sanaa residents to "donate blood at government hospitals to help the wounded".

It was not immediately clear who was behind the blast but Al-Qaeda in the Arabian Peninsula (AQAP), the jihadist network s powerful affiliate in Yemen, has claimed responsibility for previous attacks on security forces.

Speaking to AFP at the scene, a member of the unofficial Huthi security forces blamed "radicals belonging to Al-Qaeda" for the attack.

And a Huthi statement denounced "this despicable crime," whose perpetrators "will not go unpunished."

The interior ministry said registration at the academy would be suspended for a week.

Many of the potential recruits had travelled from other parts of the country to the academy. The ministry said that, in future, it would register them locally to avoid another such gathering being targeted.

A European Union statement spoke of the "latest in a series of terrorist attacks aimed at destabilising Yemen s transition."

It added that "restoring security and completing the transition process are paramount to achieving the objectives of stability and prosperity."