Germany kicks out top US intelligence officer in spy row 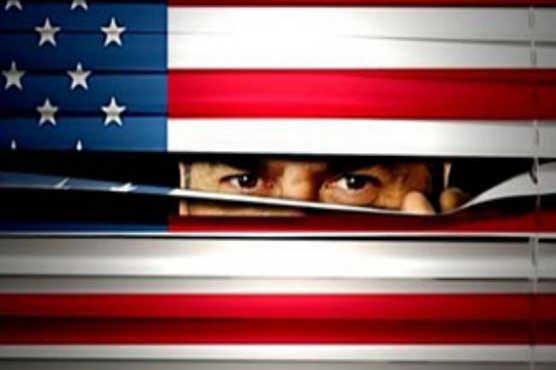 The expulsion comes after two suspected US spy cases were uncovered in less than a week in Germany.

BERLIN (AFP) - Germany on Thursday expelled the CIA station chief in Berlin in an escalating row over alleged spying by the US that has opened the worst diplomatic rift in years between the Western allies.

The expulsion comes after two suspected US spy cases were uncovered in less than a week in Germany, where anger still simmers over the NSA surveillance scandal sparked by revelations from fugitive intelligence contractor Edward Snowden.

"The representative of the US intelligence services at the embassy of the United States of America has been told to leave Germany," German government spokesman Steffen Seibert said. The step was highly unusual among NATO allies and underlined Berlin's anger.

The official request to leave was based on two probes by German prosecutors of suspected US spying "as well as outstanding questions over the last several months about the activities of the US secret services in Germany," said Seibert.

"The government takes these developments very seriously," he added amid the worst Berlin-Washington falling-out since the 2003 US invasion of Iraq.

News site Spiegel Online called the move a "diplomatic earthquake". It pointed out that such measures were usually reserved for "pariah states" such as North Korea.

There are few precedents for such dramatic measures between NATO members. Among the latest was France's decision in 1995 to send home several US officials for spying on its territory.

The White House refused to comment. But the US embassy in Berlin and the US National Security Council both stressed that it was "essential" that security cooperation continue as "it keeps Germans and Americans safe".

German Chancellor Angela Merkel -- whose mobile phone was in the past targeted by the US National Security Agency (NSA) -- pointedly reminded the United States that security "depends on trust" between allies.

Her finance minister, Wolfgang Schaeuble, was far more outspoken, fuming that "so much stupidity (by the US) just makes you want to cry".

In the latest case, German police on Wednesday searched the Berlin-area home and office of a man who, local media reported, is a German defence ministry employee accused of passing secrets to the United States.

The case followed news last Friday that a 31-year-old German BND foreign intelligence service operative had been arrested on suspicion of having sold over 200 documents to the CIA.

The documents provided by the BND mole reportedly included papers on a German parliamentary panel that is probing the NSA's mass surveillance activities and the extent of German cooperation in the snooping.

The folders, the contents of which were transferred digitally via a USB stick, were thought to contain instructions from Merkel's office to the head of the BND and an overview of the agency's network of overseas posts, Die Welt daily reported.

While German politicians across party lines have deplored the covert activities as a betrayal of trust by Washington, the German foreign ministry has twice discussed the case with the US ambassador in Berlin in recent days.

Defence Minister Ursula von der Leyen, known as a champion of close US ties, said it was right Berlin had "today sent a very clear signal that it will no longer tolerate this kind of breach of trust and that we need a fresh start with each other".

Interior Minister Thomas de Maiziere said the benefits of the alleged US spying were questionable. "Based on what we know now, the information gained through this alleged espionage is ridiculous," he said.

Schaeuble, a former interior minister, acknowledged that transatlantic intelligence cooperation had foiled terrorist threats in the past.

But he said this did not mean "the Americans may recruit third-rate people" in Germany as their secret sources, according to public broadcaster Phoenix.

"That's why the chancellor is 'not amused'," he added, using the English phrase for Merkel's response.

Merkel later said that "common sense tells us that spying on one's allies... is a waste of energy. We have so many problems that we should, in my view, focus on the essentials."

The chancellor said she saw "a very different approach" on both sides of the Atlantic "as to what the job of the intelligence services is... after the end of the Cold War".

She mentioned common threats for the allies, such as the Syria conflict, and said effectively dealing with them "depends on trust between allies ... More trust can mean more security."