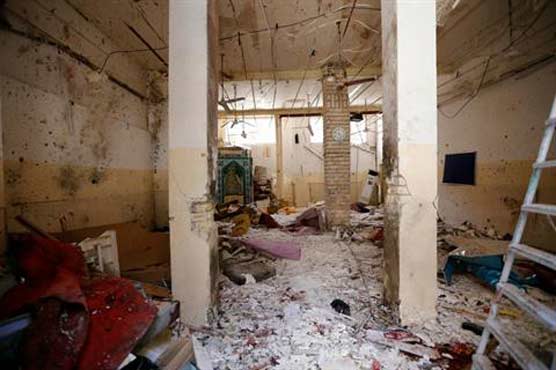 The shootings and bombings struck in Baghdad and restive parts of the north and west.

BAGHDAD (AFP) - Attacks across Iraq killed 14 people on Wednesday, the latest in a months-long surge in violence that has left more than 4,000 people dead this year.

The shootings and bombings struck in Baghdad and restive parts of the north and west, leaving dozens more wounded, security and medical officials said.

The protracted spike in bloodletting has fuelled fears that Iraq is slipping back into the all-out conflict that plagued it in 2006 and 2007, when a brutal sectarian war left tens of thousands dead.

In Wednesday s deadliest violence, a series of 11 bombings in the ethnically-mixed town of Tuz Khurmatu killed five people, four of them members of the same family, and wounded 11, officials said.

The blasts targeted homes belonging to ethnic Turkmen in the town, which is also populated by Arabs and Kurds and lies in a stretch of territory that Kurdish leaders want to incorporate in their autonomous region in the north over the objections of the central government.

Insurgents often exploit poor communication between Arab and Kurdish security forces to carry out attacks in the area.
Shelling in the militant-held city of Fallujah, a short drive west of Baghdad, killed three more people, a day after New York-based Human Rights Watch criticised the Iraqi government for possibly violating the laws of war by shelling the city s main hospital.

All of Fallujah and parts of nearby Anbar provincial capital Ramadi have been out of government hands since the beginning of the year.

Security forces have shelled Fallujah repeatedly for several months, and while they insist they are targeting militant hideouts, human rights groups and residents say civilians are bearing the brunt of the bombardment.

Elsewhere on Wednesday, attacks in the northern provinces of Kirkuk and Nineveh left three people dead, while shootings and bombings in and around Baghdad killed three more. Violence in Iraq has surged to its highest level since 2008.

The authorities blame external factors such as the civil war in neighbouring Syria, and insist wide-ranging operations against militants are having an impact.

But near-daily attacks have continued and diplomats say the Shiite-led government must do more to reach out to the disaffected Sunni Arab minority to curb support for militancy.