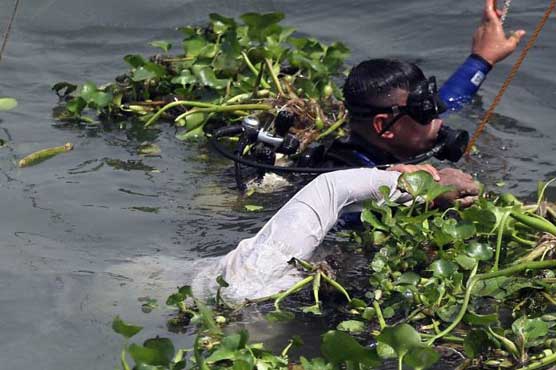 Fire brigade divers were scouring the river for those still missing including several children.

DHAKA (AFP) - A boat packed with labourers and their children caught fire and capsized in a river in northeastern Bangladesh leaving at least 11 people dead and others missing, police said Tuesday.

The boat was thought to be ferrying around 100 passengers home from a stone quarry along the Surma river, in the town of Chhatak, when a fire sparked by a kerosene stove engulfed the vessel on Monday night.

"They jumped into the river in panic. We've so far recovered 11 bodies who were badly burnt. More than 60 people either swam ashore or were rescued alive," local police chief Harunur Rashid told AFP.

Fire brigade divers were scouring the river for those still missing including several children, Rashid said, although the exact number is unclear as the boat, like most in Bangladesh, did not keep a passenger log.

Bangladesh has a history of boat disasters as a result of poor safety standards and frequent overloading of vessels.

In March 2012, 147 people were killed when a passenger vessel sank in the Meghna river after colliding with a cargo ship.

Ferries are the main form of transport in many parts of Bangladesh, a low-lying country that is subject to frequent flooding and where the road network is rudimentary.

However many of the vessels that plough the 230 or so rivers that traverse the country date back to before independence in 1971 and overcrowding is frequent.

Naval officials have said more than 95 percent of Bangladesh's hundreds of thousands of small and medium-sized boats do not meet minimum safety regulations.