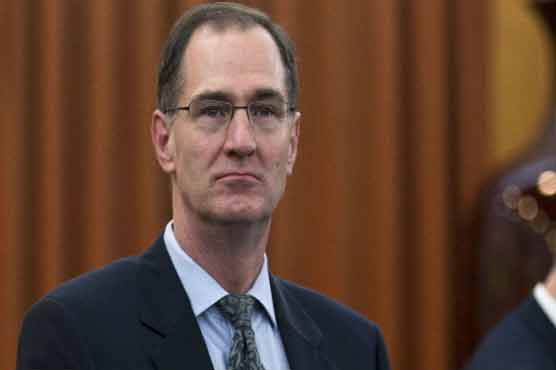 North Korea possesses a massive stockpile of chemical weapons that threatens 28,000 US troops.

BEIJING (AP) The United States is trying to enlist Beijing s support for military action against Syria by arguing that it would help deter North Korea from using chemical weapons and threatening security in China s neighborhood, a U.S. official said Tuesday.

Under Secretary of Defense for Policy James Miller, who was in Beijing to meet with Chinese officials, said a retaliatory strike against the Syrian government would uphold the international norm that chemical weapons must not be used.

Miller said he emphasized to his Chinese counterpart that lowering the threshold for chemical weapons use could put US troops at risk and threaten China s security and that of the entire globe.

"I emphasized the massive chemical weapons arsenal that North Korea has and that we didn t want to live in a world in which North Korea felt that the threshold for chemical weapons usage had been lowered," Miller told reporters at a briefing following his talks Monday with Wang Guanzhong, the Chinese army s deputy chief of staff.

It was strongly in China s interest that there be a "strong response to Assad s clear and massive use of chemical weapons," Miller said he told Wang.

China has joined with Russia in blocking action against Syria at the United Nations Security Council and strongly opposes strikes on Syria by the US or its allies in response to an Aug. 21 chemical attack near Damascus that the U.S. says killed more than 1,400 people. Beijing has called for political talks to end the violence that has killed an estimated 100,000 people and displaced 2 million more.

While China remains North Korea s most important ally, it has repeatedly expressed concerns about the regime s threat to regional stability and has sought to coax Pyongyang back to six-nation nuclear disarmament talks so far unsuccessfully. Beijing joined the international community in tightening sanctions against the North over a banned missile launch and nuclear test that again raised the specter of armed conflict on the Korean Peninsula just across the Yellow Sea from China.