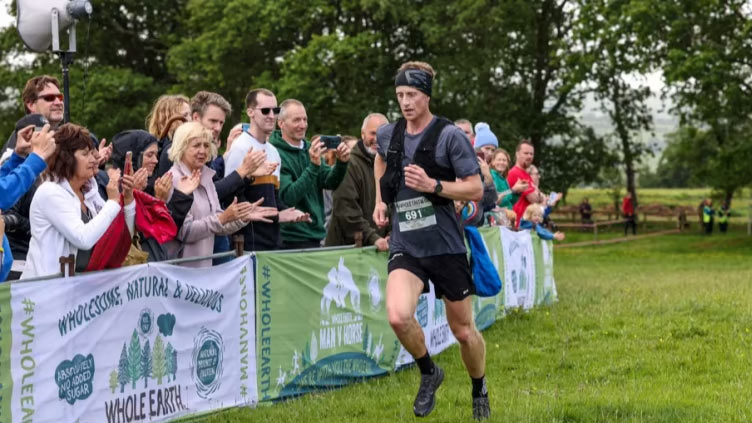 (Web Desk) - A runner from Cumbria has proven he is  faster than a horse  after winning an unusual race against the four-legged mammals in Wales.

Ricky Lightfoot, from Maryport, crossed the finish line of the Man Vs Horse event first in an impressive 2:22:33, beating the first horse by more than two minutes.

Living up to his name, he beat nearly 1,000 runners and 50 horses to become the third runner in the race s history to win.

The Man Vs Horse race, which takes place in Powys, started in 1980 after Gordon Green, the former landlord of the Neuadd Arms Hotel, heard two customers discussing whether a man or horse would win in a race and decided to put it to the test.

It was 25 years until the first man won the race. Huw Lobb achieved the feat in 2004, and Florien Holtinger took the title three years later.

This year s winner Mr Lightfoot is an experienced trail runner and member of Ellenborough AC.

Initially he had no idea he had raced to victory as the runners and horses take slightly different routes over the 22.5 mile course.

There is an escalating jackpot for the runner who comes first, with the prize starting at £500 and rising by £500 each year until it it won. It is thought the The winnings this year are around £3,500.