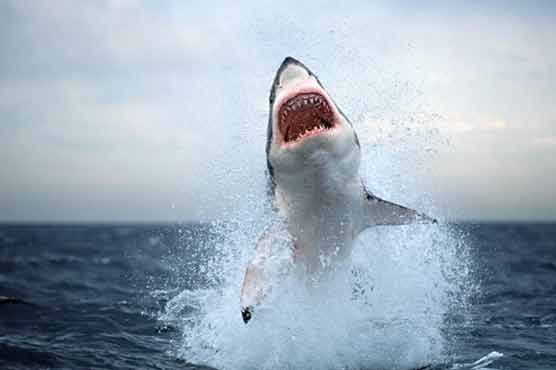 The shark jumped three metres out of the water to get onto the boat.

DUBAI (AFP) - A hungry shark leapt three metres (yards) onto a fishing boat off the United Arab Emirates looking for prey only to end up as catch of the day.

The predator, around two metres (six foot) in length, took fishermen by surprise when it crashed onto on their deck Sunday, 35 nautical miles off the coast of Fujairah, local newspapers said.

"In seconds, it was in the middle of the boat after it hit one of the boat barriers," said sailor Hamza al-Sharaa, 37, quoted in The National newspaper.

Sharaa said the shark jumped three metres out of the water to get onto the boat.

He said the shark died after fishermen sprayed it with fresh water and bashed it on the nose with a wooden bat.

In a video posted online by Ittihad daily, fishermen pointed to the needle-like teeth of the bloodied shark as they paraded their catch.

Fishermen in Fujairah, on the Gulf of Oman, had two similar incidents last year, but with smaller sharks.

Khalifa Massoud of the Fujairah fishermen s association told The National that Sunday s catch is to mummified and put on display at the local maritime museum.