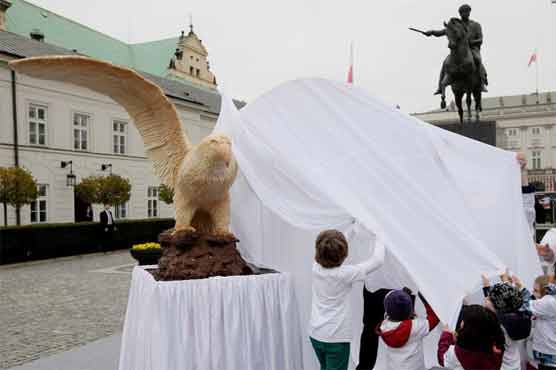 The holiday was introduced in 2004 as the Day of the National Flag.

WARSAW, Poland (AP) - A giant white eagle made of chocolate has been placed in front of the Presidential Palace in Warsaw to mark democratic Poland s young national holiday.

The holiday was introduced in 2004 as the Day of the National Flag, but also celebrates other national symbols, including the white eagle. The day celebrates Poland s sovereignty after four decades of communist rule that ended peacefully in 1989.

The 500-kilogram (1,100 pounds) sculpture is the work of Poland s leading chocolate maker Janusz Profus, and was unveiled during a downtown march marking the holiday.