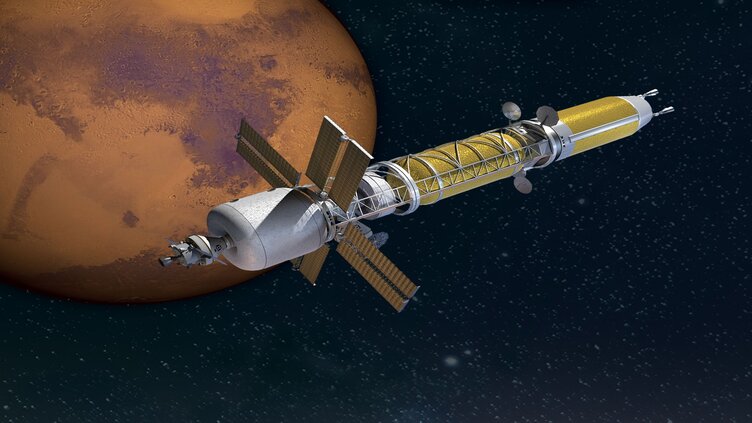 (Web Desk) Tuesday saw the announcement of a partnership between NASA and the Defense Advanced Research Projects Agency (DARPA) to test a nuclear thermal rocket engine in orbit, opening the door for NASA crewed trips to Mars.

NASA and DARPA will collaborate on the Demonstration Rocket for Agile Cislunar Operations (DRACO) program. Non-reimbursable agreement establishes duties, responsibilities and procedures with the goal of accelerating development activities. It is intended to benefit both agencies.

As early as 2027, NASA will begin working with DARPA to develop and demonstrate advanced nuclear thermal propulsion technologies. New technology has made it possible for humans to travel to and from deep space more quickly than ever before.

NASA Administrator Bill Nelson said, "As we ignite the future together, congratulations to both NASA and DARPA on tremendous investments." A nuclear thermal rocket can travel farther and quicker while posing less risk to humans.

“NASA has a long history of collaborating with DARPA on projects that enable our respective missions such as in-space servicing,” said NASA Deputy Administrator Pam Melroy, adding, “Expanding our partnership to nuclear propulsion will help drive forward NASA s goal to send humans to Mars.”