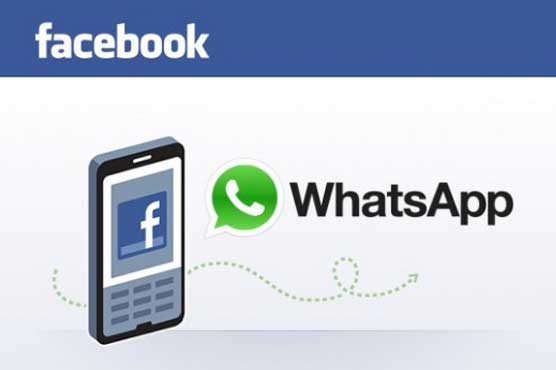 Facebook announced it would buy WhatsApp for $19 billion in cash and stock.

(Reuters) - WhatsApp may be hugely popular but its forays into Asia, the world s biggest mobile market, have had mixed success, raising questions about whether it can sustain the explosive growth Facebook Inc cited to justify its $19 billion price tag.

Data from app metric company App Annie, for example, shows that WhatsApp ranks as the top communications app in only three of 13 Asian countries tracked - Hong Kong, India and Singapore.

"WhatsApp has been a strong player in Asia, but in the past year has faced strong competition from LINE and WeChat," said Neha Dharia, India-based analyst for Ovum, a technology consultancy. "WhatsApp has not been displaced by these players, but has seen stiff competition in growing its market share."

Facebook said on Wednesday it would buy WhatsApp for $19 billion in cash and stock, in a deal worth more than Facebook raised in its own IPO.

For sure, WhatsApp has been phenomenally successful. For many users it has replaced sending costly texts, or SMS messages. Since its launch in 2009 it has built an active monthly user base of 450 million users.

A survey by marketing and research company Jana found WhatsApp to be the most used messaging app in all the countries it surveyed - India, Kenya, Nigeria, South Africa, Brazil and Mexico - beating competitors by a huge margin. The reason: users most prize the basic functions it offers - ad-free chat and photo sharing.

WhatsApp subscribers sent 18 billion messages a day in January. The overall market is growing rapidly: According to Ovum, 27.4 trillion such messages were sent last year; this year that figure will be close to 69 trillion.

By hooking up, Facebook and WhatsApp may be able to take on those markets that have been elusive to Facebook so far. With Facebook blocked in China, and lagging Twitter Inc and Naver Corp s LINE in Japan, WhatsApp "is a potential avenue for Facebook" into those markets, said Vincent Stevens, a senior manager for telecoms consultancy Delta Partners.

Forrester, a consultancy, forecasts that China will have more than 500 million smartphones this year.

And in the fast growing smartphone market of India, says Neil Shah, research director of devices and ecosystems at Counterpoint Research, local users now account for almost 9 percent of total active WhatsApp users around the world - some 40 million of them.

But Facebook and WhatsApp face formidable foes. Where once messaging apps were simply about messaging, now Tencent Holdings Ltd s WeChat, LINE and KakaoTalk offer a slew of additional services, from icons and games to buying goods and services.

"LINE and the others are very different to WhatsApp. They re much more innovative in the business models they engage in," says Michael Vakulenko of VisionMobile, a UK-based consultancy. "They are innovating much faster than WhatsApp and going in a different direction."

This could prove decisive in Asia - the biggest battleground for social messaging apps - where no single player dominates.

Data from market research company Nielsen, for example, showed BlackBerry Messenger as the most downloaded messaging app in Indonesia last October, the latest data available, while Viber, bought by Japanese online retailer Rakuten Inc for $900 million last week, was the most popular in the Philippines, and LINE in Thailand.

WhatsApp was third in Indonesia, second in Malaysia and not in the top-10 in the Philippines or Thailand. And while locals say WhatsApp remains the default messaging app in Indonesia, some notice a shift.

Jerry Justianto, who runs a radio station network in Jakarta, says he s noticing fewer of his friends using WhatsApp than before. "I think it s reached a plateau in Indonesia," he said. "I see a lot of WhatsApp accounts in my list are inactive."

A survey by market research firm On Device Research late last year found that while nearly two thirds of Indonesians surveyed had installed WhatsApp, less than half used it at least once a week, compared to three quarters of Brazilians who had installed it.

Part of the problem, Justianto says, is that WhatsApp s approach of linking accounts to a phone number doesn t suit Indonesians who change their SIM card frequently. "Some of my early adopter friends are moving to Telegram messenger, where you can activate multiple devices with one number."

Telegram, which offers much the same features as WhatsApp, is evidence of the fickleness of users. The app is free and heavily encrypted, and is popular in some countries. In Spain, for example, it has risen from its launch last year to be the No.1 communications app in Google s Play store, at the expense of WhatsApp, according to App Annie data.

This, said one executive at a handset company in Spain, was partly because of a viral campaign among users to switch, and partly because many users dumped WhatsApp before they were charged at the end of their first, free year.

GETTING USERS TO USE MORE

Across Asia, the fragmentation is evident to users such as Martin Tomlinson, Asia Pacific director for On Device Research, who says he has installed at least six messaging apps for work: "I need to have at least three of these on my phone because that s how my clients communicate."

LINE, for example, considers its top markets as not only Japan but also Taiwan, Thailand and Indonesia. Now, says Simeon Cho, general manager at LINE Plus, which handles LINE s ex-Japan business, the goal is less about winning new users than getting existing ones to use the app more frequently.

Kakao, which started the KakaoTalk messenger service in 2010 and has since grown rapidly to 130 million users, said it was also focusing heavily on Southeast Asia, where there is relatively low smartphone penetration and no dominant messenger service.

And for China s Tencent, KakaoTalk and LINE are more of a threat overseas than WhatsApp, as the company s WeChat expansion is focused on Southeast Asia.

WhatsApp would only pose a serious threat if the likes of Tencent were to expand farther west. "This means it s now going to be more difficult for LINE to win in North America and Europe," said Serkan Toto, a Tokyo-based technology consultant.