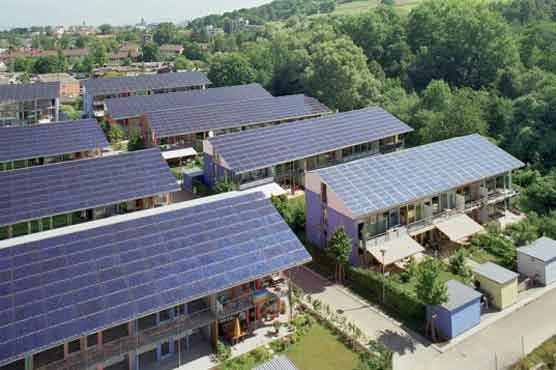 Solar power plants generate 22 gigawatts of electricity per hour.
A star located some 150 million kilometers away is unarguably the most important element for human race as it is their source of life among other vital things.In a latest breakthrough in solar technology, Germany has set an example that cannot be challenged.In late May this year, Germany solar power plants generated a record breaking 22 gigawatts of electricity per hour.This amount of electricity is equal to the power generated by 20 nuclear power plants working at maximum capacity.The 22 gigawatts produced from Germany’s solar plants was utilized throughout the country during midday hours for two consecutive days.Last year, an unfortunate event that took place in Fukushima, where a great loss of life occurred because of the Nuclear Plant meltdown following the Japan earthquake and Tsunami in March, last year.After the Fukushima disaster, the German government abandoned their plans to use nuclear power and shut down eight of their 17 nuclear plants immediately and plans to shut down the remaining nine by the year 2022.This move had naturally motivated the German government to look for more practical and renewable energy sources like wind turbines, solar and bio-mass which is basically biological material from living or recently living material which is turned into bio-fuel for energy.Germany’s director of Institute of the Renewable Energy Industry (IWR), Norbert Allnoch, said that the 22 gigawatts of solar power per hour met almost 50% of the country’s mid-day electricity demands.“Never before anywhere has a country produced as much photovoltaic electricity,” Allnoch told Reuters. “Germany came close to the 20 gigawatt (GW) mark a few times in recent weeks. But this was the first time we made it over.” he said, while speaking to Reuters.This breakthrough which was supported and funded by the German administration has proved that a full-fledged industrial country was able to keep up with a third of the nation’s energy demand on a working day and half on the weekend, when factories and mills were closed.Germany is now second in the list of countries using renewable energy sources and the leading country in the list of countries using solar technology, followed by Spain which stands at number two.The solar power generation capacity of Germany is almost equal to the rest of the world combined. It gets about four percent of its overall annual electricity from the sun and it aims to cut its greenhouse gas emissions by 40 percent by the year 2020.

Porsche to set up joint venture with German battery maker