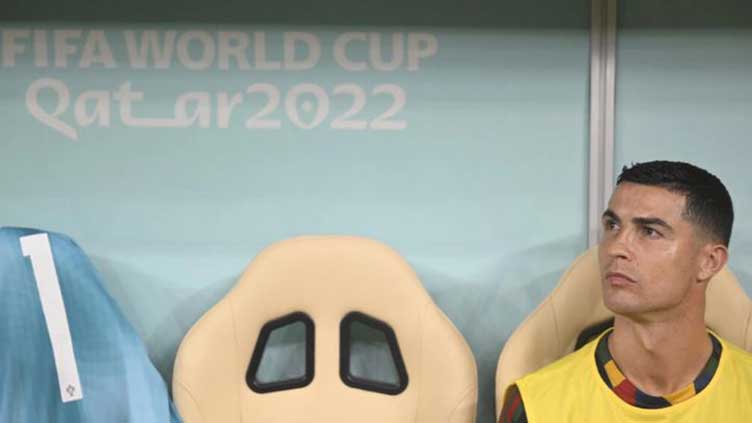 DOHA (AFP) – Cristiano Ronaldo first found himself unloved and unwanted by Manchester United. Now the unthinkable has happened -- he has been dumped by Portugal.

The superstar forward was largely a spectator as the side he has captained for so long threw off the shackles and romped to a 6-1 victory over Switzerland in the World Cup last-16 on Tuesday.

Young striker Goncalo Ramos, brought in for Ronaldo, scored a stunning hat-trick and at least competed with his illustrious teammate for the headlines.

Ronaldo came to the World Cup seeking respite after his troubled spell at Old Trafford this season, where he had become a peripheral figure under new manager Erik ten Hag.

Those frustrations boiled over last month in an explosive TV interview in which he lashed out at the club and the coach, leading to an inevitable parting of the ways.

The 37-year-old landed in Qatar to the usual fanfare, once again the focus of fawning attention from the world s media.

Things even went to script in Portugal s first game, when he scored the opener from the penalty spot in a 3-2 win against Ghana, becoming the first man to score goals at five World Cups.

But things went downhill from there. He huffed and puffed through games against Uruguay and South Korea but failed to find the net and Portugal were less than the sum of their considerable parts.

Portugal coach Fernando Santos, who masterminded the side s triumph at Euro 2016, finally took the decision to leave his star man out against the Swiss and was vindicated in spectacular fashion.

With the match long since won, chants of "Ronaldo" echoed around the cavernous Lusail Stadium in Doha and he was cheered as he warmed up on the sidelines.

Santos gave the crowd what they wanted with about 15 minutes of normal time to go.

Ronaldo smashed a free-kick into the wall moments after coming on and minutes later had the ball in the net after a fine finish, but was well offside.

He even had to cede the limelight to fellow substitute Rafael Leao, who scored a stunning goal in stoppage time to complete the rout -- another glimpse of the enviable riches at Santos s disposal.

The coach, who has been in charge since 2014, insisted he had complete faith in all his forwards in the afterglow of the win, which sets up a quarter-final against Morocco.

"Andre (Silva) is a great player who plays further forward, Cristiano is more fixed -- he stays in a more determined area towards the box," he said. "Goncalo (Ramos) has different characteristics.

"He is very dynamic and that is what he ended up showing us. It is nothing new -- he already came on in two matches but Andre also played in the last match.

"I have three players I fully trust. For each match I will use which player I see best for my strategy."

Santos even suggested five-time Ballon d Or winner Ronaldo could still be a starter in Qatar.

But for all of his coach s placatory words, Ronaldo -- who has a record 118 goals in men s international football -- will surely once again be left out of the line-up for Saturday s quarter-final.

He will also be painfully aware that he is clubless, as rumours swirl over a lucrative move to Saudi side Al-Nassr.

If, as expected, he is kicking his heels on the bench during the Morocco match, he will have plenty of time to brood over his situation and remember he was the future once.