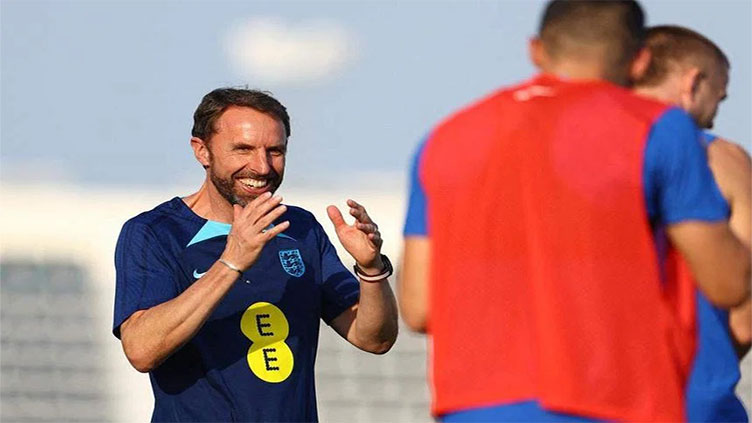 England will have to end 56 years of failure against elite opposition in World Cup knockout stages.

DOHA (AFP) - England will have to end 56 years of failure against elite opposition in the World Cup knockout stages if they are to end France s reign as champions in Saturday s blockbuster quarter-final.

As if facing Kylian Mbappe and company wasn t a daunting enough prospect for Gareth Southgate s side, they also have decades of history stacked against them at the Al Bayt Stadium.

Since beating West Germany in the 1966 World Cup final to clinch the only major prize in their history, England have lost every World Cup knockout stage encounter with countries that have lifted the famous gold trophy.

The Germans started the streak of futility when they gained revenge in the 1970 World Cup quarter-finals, while Diego Maradona s  Hand of God  goal and his sublime solo strike condemned England to defeat in the last eight in 1986.

It was West Germany delivering the knockout blow again in 1990, this time in a semi-final shoot-out that sparked decades of English angst about penalties.

Argentina compounded England s penalty pain in 1998 with a shoot-out victory in the last 16.

In 2002, Brazil s Ronaldinho memorably caught David Seaman off his line with a long-range goal that sealed a 2-1 quarter-final win.

Germany were back to haunt England in 2010 as a Frank Lampard shot that appeared to cross the line was controversially not given as a goal in a 4-1 last 16 defeat.

England s struggles when faced with a quality rival have shown no signs of abating in the Southgate era.

After uplifting knockout stages wins over Colombia and Sweden, England s surprise run to the 2018 World Cup semi-finals came to a frustrating conclusion as eventual runners-up Croatia came from behind to win 2-1 in Moscow.

At the delayed Euro 2020, England enjoyed a rare cathartic moment against a highly-ranked opponent when they beat Germany 2-0 in the last 16.

But that German team was far from a superior vintage as their limp group stage exit at this World Cup has proved.

And when England faced Italy in the Euro final, they wasted the advantage given to them by Luke Shaw s early goal with a cautious display that culminated in Marcus Rashford, Jadon Sancho and Bukayo Saka missing penalties in a heartbreaking shoot-out defeat.

Even the less significant Nations League showed England s flaws when confronted with a top-class team as they lost 3-1 to the Netherlands in the 2019 semi-final.

Ahead of a clash with France that could define how his England reign is viewed, Southgate is not hiding from his country s woes when the stakes are highest.

Netherlands take on Argentina in Saturday s first quarter-final and, in a nod to England s past failures, Southgate said: "Two of the quarter-finals are fantastic, historic rivalries. Our history is not quite as good as the others  by the way.

"We are good at talking highly of ourselves as a nation on very little evidence."

If England are looking for a glimmer of encouragement, there was one welcome note that emerged from their 3-0 win against Senegal in the last 16 on Sunday.

It was the first time England have won a knockout game at three consecutive major tournaments, although none of those vanquished opponents ranked as a heavyweight of course.

England have also won their only two previous World Cup meetings with France, in the 1966 and 1982 group stages.

But Southgate knows beating the current French crop would be a far greater achievement given England s checkered past.

"We ve made quite a bit of history over the last four or five years. Not all of it good! But that s the great challenge," Southgate said.

"When you go back through those tournaments, you do see the teams that have knocked England out. We haven t been able to do that so that s the next test for this team."