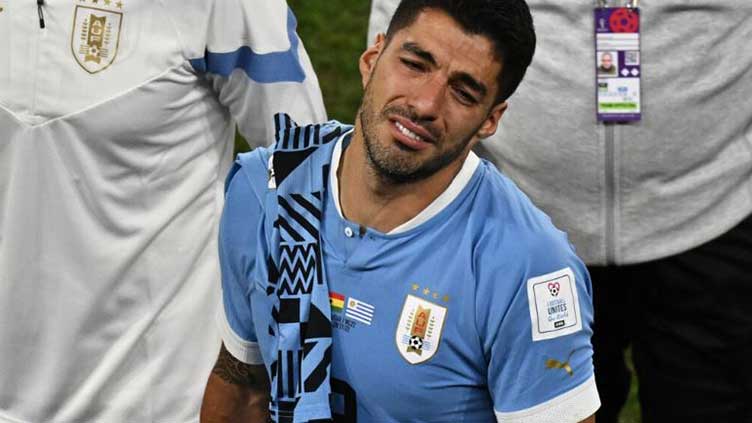 DOHA (AFP) – Uruguay crashed out of the World Cup on Friday despite beating Ghana 2-0 after South Korea scored a late winner in the other Group H match to leapfrog the South American side.

Giorgian De Arrascaeta netted twice in quick succession in the first half, with 35-year-old Luis Suarez having a hand in both goals.

However, Suarez finished the match on the bench in tears as he news came in of South Korea s last-gasp victory over Portugal, which meant the Asian side had moved above the Uruguayans into second place in Group H on goals scored.

Veteran striker Suarez had been at the centre of the pre-match build-up because of his infamous handball in the 2010 quarter-finals, which helped eliminate Ghana.

His name was booed loudly by the Ghana fans when it was read out by the stadium announcers and he got the same treatment every time he touched the ball.

He was also leading the protests when Ghana were awarded a penalty in the 19th minute.

Mohammed Kudus had initially been ruled offside when he was brought down by Uruguay goalkeeper Sergio Rochet but after that decision was overturned referee Daniel Siebert gave the spot-kick after checking the pitchside monitor.

But Andre Ayew s tame effort was easily saved by Rochet and with Ghana s fans silent in disbelief, Uruguay made them pay.

Darwin Nunez was denied by Mohammed Salisu s brilliant goalline clearance but in the 26th minute De Arrascaeta nodded in from close range after brilliant work from Suarez.

Collecting a poor cross from the right which evaded two Ghana defenders, Suarez cut inside Alidu Seidu and hit a powerful low shot that squirmed through Lawrence Ati Zigi s hands. It was edging towards the goal when De Arrascaeta pounced.

Ghana were let off the hook by Siebert just before the hour mark when he ruled that Daniel Amartey had touched the ball while tackling Nunez in the area.

That decision would turn out to be crucial as another goal would have put Uruguay through.

Suarez was booed and cheered in equal measure by the crowd when he was substituted for Edinson Cavani in the 66th minute.

Ghana struggled to create anything in response. The closest they came to pulling a goal back came with nine minutes remaining, when Rochet brilliantly tipped away Kudus s powerful low drive.

Uruguay then realised they needed another goal and poured forward but were unable to find make the breakthrough.

The match ended with pushing and shoving, with Suarez distraught at his team s fate.