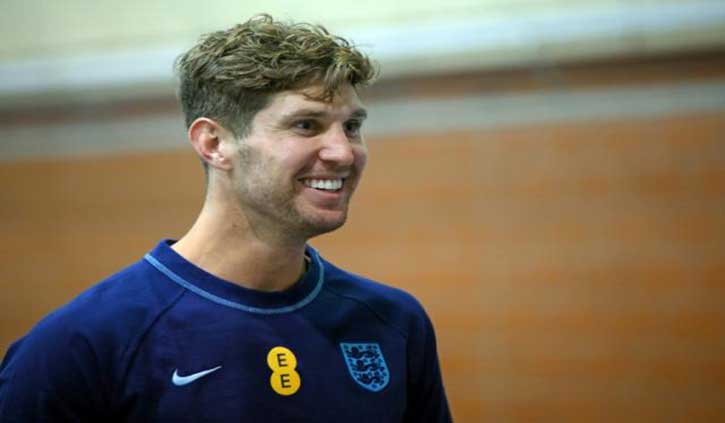 Four-time winners Germany and second-ranked Belgium were dumped out at the group stage in Qatar while Argentina, France and Spain all suffered defeats in the first round.

With England tipped to beat Senegal at the Al Bayt Stadium this weekend, Manchester City centre-back Stones urged his team-mates not to underestimate the Africa Cup of Nations holders.

"We ve already seen big upsets. That s why it s the best tournament in the world," Stones said on Friday.

"It s always difficult when you see big teams or big players in teams that don t have the success that you want or don t live up to the expectation of the nation.

"We don t ever want to fall into that category. You never want to take anything for granted. All we can affect is what we re doing, what games we re playing and giving it our all."

Stones is confident that England will not rest on their laurels after topping Group B with an unbeaten record.

Pointing to the way they recovered from a six-game winless run heading into the tournament, Stones said: "After losing form as a team, as a unit in defence and how we ve come through, I m extremely proud of the group.

"I spoke before coming into the tournament about why our form was getting brought up, and rightly so, because of the summer we had. Now we ve come through these three games in a difficult group."

Maguire back on track

After reaching the World Cup semi-finals in 2018 and finishing as Euro 2020 runners-up, Stones believes England have the quality to lift the trophy in Doha -- provided they stay positive when the pressure mounts.

"That is not being over-confident, that is being humble enough to see what goes on in our training and how the staff prepare, and believing in ourselves too," he said.

"We can be too negative but we should be more positive and think about all the things we ve done and how it has got us here and be realistic about our expectations."

The foundations of England s bid for a first major trophy since 1966 have been laid by Stones and Harry Maguire at the heart of the defence.

Southgate s team have kept two clean sheets in their first three games and Stones is delighted to see his long-time friend Maguire back on track after a long dip in form for Manchester United and England.

"From the first game he has given the best response. It s great credit to him," Stones said.

"Playing with someone for so many games with England, knowing what he s been going through at his club as well -- to come through that, it speaks volumes about him.

"Harry is one of the leaders. He s a huge character within the group. We see it around the hotel with how many people he mingles with."