'Total loss of control' a warning for Spain: Luis Enrique 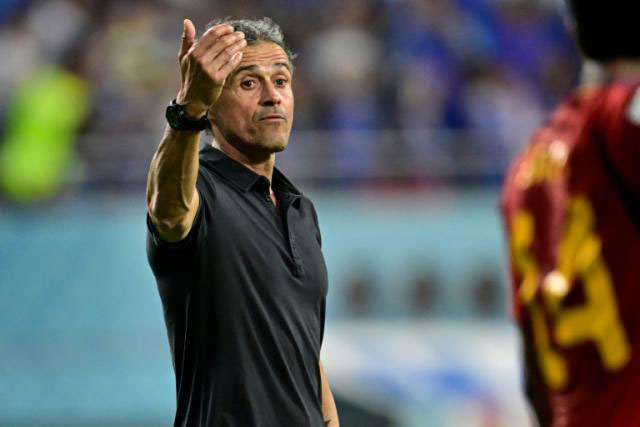 'Total loss of control' a warning for Spain: Luis Enrique

Spain coach blamed five minutes of "total loss of control" for his team's 2-1 defeat by Japan.

La Roja, among the favourites to win the tournament, would have been eliminated if Costa Rica had held on to beat Germany, although Los Ticos eventually fell to a 4-2 defeat.

"(It was) five minutes of total lack of control, of panic, even," said Luis Enrique.

"They scored two goals against us, and if they had needed to score two more, then they would have scored them too, I m sure.

"This is a World Cup and when a team like Japan does not have anything to lose, well, they decide to risk it all and flew past us like they were aeroplanes.

"The situation was under control once Japan decided to recover their previous position on the pitch and shut up shop at the back."

Spain will face Morocco in the last 16 after the defeat and Luis Enrique believes his team did not deserve to finish as group winners.

"Japan go through first and it s deserved because they beat Germany and Spain," said the coach.

"The mourning and the pain, we ll go through that tonight, there s nothing to celebrate.

"We have gone through second, yes, but this has to serve as a warning to be aware that this is going to happen.

"If against Morocco we have the fortune to go in front, Morocco, will risk it all at full pelt again.

"We have to show more strength in the moments when the opposition is pressing us."