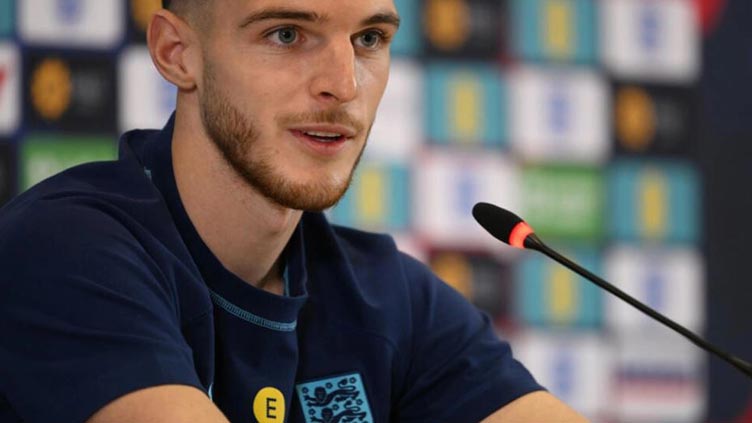 DOHA (AFP) – Declan Rice believes England should be feared by their World Cup rivals as they gear up for a last-16 showdown with Senegal on Sunday.

Gareth Southgate s side beat Wales 3-0 on Tuesday to finish as undefeated Group B winners, underlining their status as one of the leading contenders for the title in Qatar.

England s next test comes against Senegal at the Al Bayt Stadium, where a victory over the Africa Cup of Nations holders would set up a potential quarter-final date with world champions France.

While they will face tougher opponents after the group stage -- in which they played Iran, the United States and Wales -- Rice is adamant that England deserve maximum respect from even the best teams at the World Cup.

"Yeah, definitely," he said. "Other nations will look at our quality and why should we not be feared?

"If you look at our attacking talent we have world-class talent. Across the board we have players who have won the biggest trophies.

"It is up to us to prove that. The likes of France have done that. We re not just here to get into the last 16, we want to go the whole way."

Rice believes a key factor in England s confidence in Qatar is the number of players in the squad who have achieved success at the highest level.

Southgate s team is packed with Premier League title winners and players with vast Champions League experience, giving Rice belief they will not wilt under pressure in the latter stages of the World Cup.

"Our mentality now is fantastic, we have players that have won trophies year in, year out, so they ve brought that mentality and installed it to England," he said.

"It s about the manager too, the way he talks to us. He s so calm. He emphasises we re England, we re just as big as anyone else and we can achieve anything. When you have a manager like that, anything is possible."

Rice also highlighted England s strength in depth -- Southgate made four changes to his line-up against Wales, including starts for Phil Foden and Marcus Rashford, who played decisive roles.

"It s always nice to know you can bring players off the bench that can instantly change the game," said the West Ham midfielder.

"We have got players who are world class. It ranks among the top squads at the tournament."

Having hammered Iran 6-2 and recovered from the frustration of a goalless draw against the US by brushing aside Wales, Rice, 23, feels England are hitting peak form at just the right time.

"We are building really well, we are in a really nice position," he said. As the step up in quality arrives I think you ll see we are in a good position.

"We ve had a real good focus through three tough group games. We know Senegal will be the toughest test so far. They ve got some really strong players."

And if England do win the World Cup for the first time since 1966, Rice has come prepared.

"I knew taking a spare case would be needed. For now it s got clothes in, but it would be nice to bring the World Cup trophy home in it," he said.