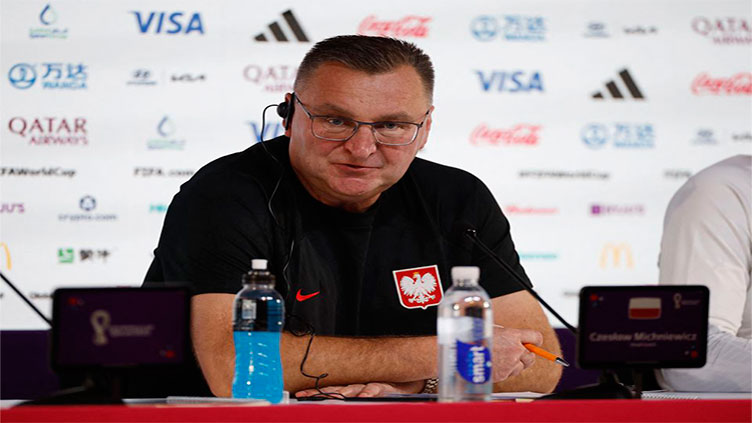 Poland coach said his "heart dropped a beat" as his side squeaked through to the World Cup last 16.

DOHA (AFP) - Poland coach Czeslaw Michniewicz said his "heart dropped a beat" as his side squeaked through to the World Cup last 16 on Wednesday, with yellow cards almost deciding their fate.

The Poles lost 2-0 to Argentina but advanced to the knock-out round for the first time since 1986 after Mexico beat Saudi Arabia 2-1 elsewhere in Group C.

A late goal for the Saudis meant Poland ultimately went through on goal difference, setting up a last-16 clash with defending champions France.

But the Poles spent much of the second half in a position to qualify only by virtue of their superior disciplinary record, having picked up fewer yellow cards than Mexico.

A late booking for Grzegorz Krychowiak gave them even less margin for error in a nervy end to the match, but Michniewicz breathed a sigh of relief once their place in the last 16 had been confirmed.

"We lost the game but sometimes those defeats are bittersweet, or sweet and bitter," he said.

"This was the case for us -- we lost but we have got through to the next round for the first time in many, many years."

Poland s players crowded around on the pitch after the full-time whistle to watch the end of Mexico s match against Saudi Arabia.

The tension was broken when the Saudis scored an injury-time goal to put Poland s qualification beyond doubt.

Michniewicz conceded that his team s performance was "not good" but refused to dwell on the negatives.

"Let s enjoy it -- let s be happy. There s another game on Sunday but let s not take the joy away today," he said.

"I ve been in football for years and in the end, it s the result that matters."

Poland goalkeeper Wojciech Szczesny helped keep his team in the match in the first half, saving a penalty from Lionel Messi.

"I m sorry that there was yet another penalty in one of our matches," said Michniewicz.

"It was a VAR penalty but fortunately for us, Wojciech is in great shape."