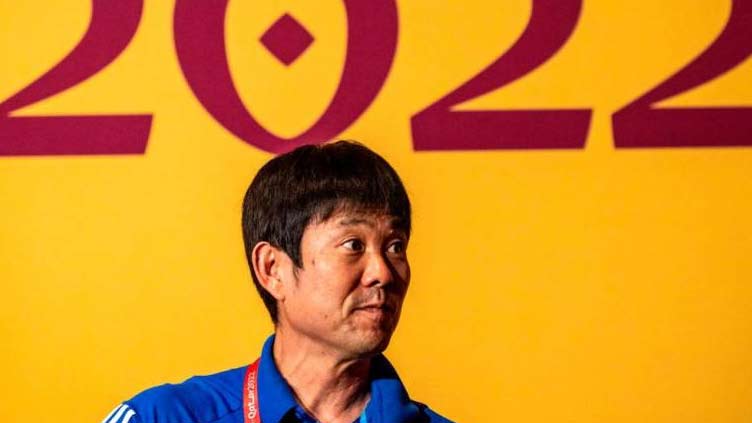 DOHA (Reuters) - Japan coach Hajime Moriyasu believes the rest of the world is catching up with European football and has urged his players to believe in themselves when they take on Spain in their final Group E match at the World Cup.

The Samurai Blue opened their campaign with a shock win over Germany but were upset in turn by Costa Rica in their second, so need to beat the 2010 champions on Thursday to be certain of a spot in the last 16.

"Tomorrow is going to be a high-pressure game for all players but we must believe in ourselves," Moriyasu told a news conference on Wednesday.

Moriyasu has always been clear that he believes Japan still have much to learn from the leading nations but thought the rest of the world was catching up.

"The whole world is keeping in step with European football. Both tactically and physically, I think there are similarities in trends across the world, and the gap is narrowing," he said.

"We should be able to narrow the gap with the big teams as we play against them, and as we learn from them at this World Cup, we will also be able to find out how to exceed them."

A draw could still get Japan through, depending on the result in the Germany-Costa Rica game being played simultaneously, but Moriyasu said his team would be going all out for the win at Khalifa International Stadium.

Appreciating that the 4 a.m. start would be tough for fans back home in Japan, Moriyasu appealed to them to believe in the team and stick with them.

"I hope that the players will play in such a way that they inspire the Japanese people then they keep inspiring other people."

Spain beat a Moriyasu-coached Japan in extra time with a Marco Asensio goal in the semi-finals at the Tokyo Olympics last year, denying the hosts a shot at the gold medal on home soil.

Moriyasu suggested that was a score that needed to be settled. "We were very sorry that happened," he said. "We were very quiet. We were very upset. But I think the players have grown since then. And now they re here."