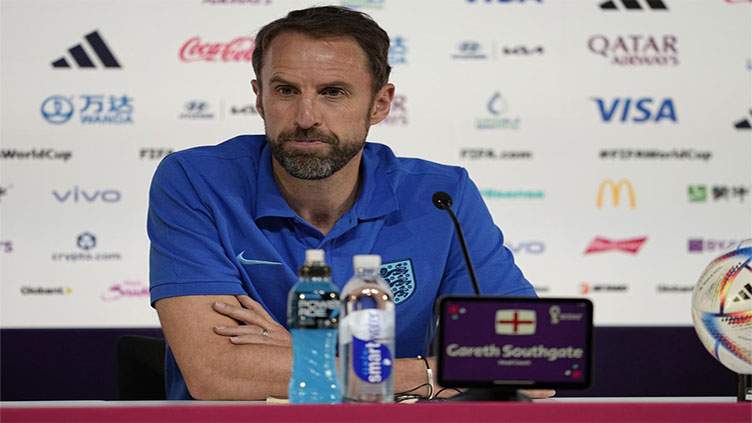 Gareth Southgate is poised to ring the changes as his team chases victory against Wales.

DOHA (AFP) - England manager Gareth Southgate is poised to ring the changes as his team chases victory against Wales on Tuesday to ensure qualification as World Cup Group B winners.

Southgate picked the same starting line-up for last week s games against Iran and the United States, but is expected to bring in fresh faces for Tuesday s final group game against the Welsh.

A win for England at the Al Thumama Stadium in Doha will guarantee that Southgate s men finish on top of Group B heading into the last 16.

England were booed off the field after their 0-0 draw with the United States last Friday after a sluggish performance that was in stark contrast to their rampant 6-2 opening win over Iran.

It has led to a growing clamour for new faces, notably Manchester City s Phil Foden, to be brought into the starting line-up, while some have even suggested captain Harry Kane could be rested as he recovers from a minor foot knock.

"We ve got to balance freshness with stability and that s always the decision you make when you re picking a team," Southgate told a news conference on Tuesday.

"We ve got a chance to win the group with a positive result. There s a lot resting on the game for both teams."

England could still qualify for the knockout rounds with a draw or even a narrow loss, but Southgate had his team would be chosen with victory in mind.

"We re going to pick a team that we believe can win the game," said. "That s our priority always."

Asked about Kane s fitness, he added: "He s fine in terms of the knock he has.

"He s trained well, the whole group. We ve got to this point with pretty much everyone available to select from which is a great position to be in."

Although hinting that he was set to change the starting lineup, Southgate emphasised that fans were unlikely to see a repeat of England s final group game at the 2018 World Cup when they made eight changes and lost to Belgium.

"We re at a major tournament. It s not about giving caps out. We re here to try and go as far as we possibly can," he said.

Southgate meanwhile brushed off pre-tournament comments from Welsh striker Kieffer Moore, who was widely quoted as saying he "couldn t wait" to eliminate England from the tournament.

"He s entitled to say whatever he wants leading into a game," Southgate said. "I d be amazed if he didn t feel that way.

"But it s pointless us focusing on what was said before the game; we ve got to go on the pitch and play well."