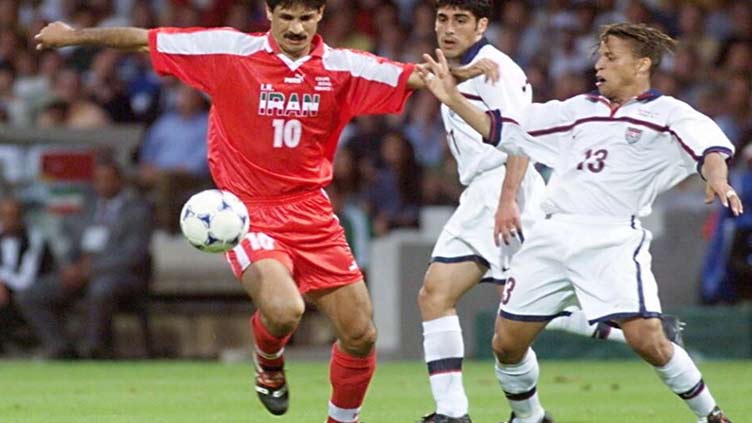 PARIS (AFP) – Iranian football legend Ali Daei on Monday said he had been targeted by threats after backing ongoing protests in Iran triggered by the death of Mahsa Amini.

Amini, a 22-year-old Iranian of Kurdish origin, died on September 16, three days after her arrest by the notorious morality police while visiting Tehran with her younger brother.

Daei, whose 109 goals at international level was long unsurpassed until he was overtaken by Cristiano Ronaldo, played in Iran s legendary 1998 2-1 World Cup victory against the United States.

He decided not be go to the World Cup in Qatar due to the Iranian authorities  deadly crackdown on the protests.

"I have received numerous threats against myself and my family in recent months and days from some organisations, medias and unknown individuals," Daei said in a statement on Instagram.

"I was taught humanity, honour, patriotism and freedom.... What do you want to achieve with such threats?" he added.

In the post, Daei also called for the "unconditional release" of prisoners arrested in the crackdown on the protests in Iran.

Daei earlier this month said he would not be travelling to Qatar for the World Cup, despite having an invitation from the organisers, saying he wanted to be "with my compatriots and express sympathy with all those who have lost loved ones" in the ongoing crackdown.

His comments come as Iran prepares to face the United States on Tuesday, in a repeat of the 1998 showdown, with  Team Melli  seeking to reach the final stages of a World Cup for the first time in its history.

There has been intense scrutiny on football as the protests continue in Iran, posing the biggest challenge to the regime since the 1979 revolution.

Daei himself reportedly had his passport confiscated when returning to Iran in the early phase of the protests but subsequently had it returned.

Prominent Iranian footballer of Kurdish origin Voria Ghafouri, who has been outspoken in his support of the protests, was arrested last week.