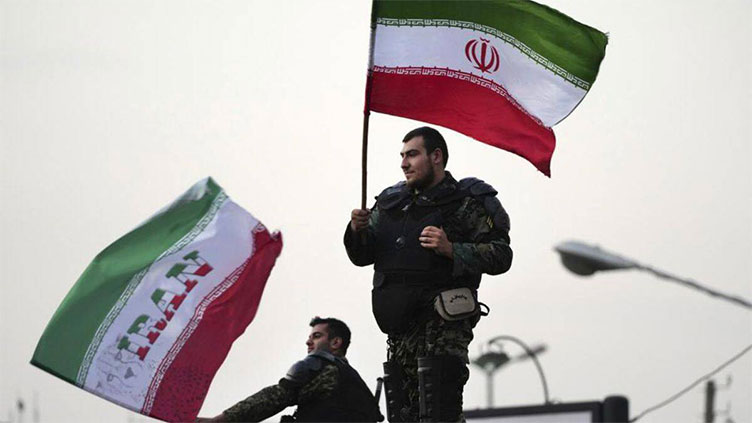 Iran protested against US Soccer's removal of the word Allah from the Islamic republic's flag.

TEHRAN (AFP) - Iran s football federation protested Sunday against US Soccer s removal of the word Allah from the Islamic republic s flag on social media posts ahead of an upcoming game between the arch-foes.

In a highly politically charged match, Iran face the United States in their final Group B game on Tuesday, when a win would put them through to the last 16.

Iran has seen more than two months of demonstrations sparked by the death in custody of 22-year-old Kurdish-Iranian woman Mahsa Amini. She had been arrested for an alleged breach of the country s strict dress code for women.

"In an unprofessional act, the Instagram page of the US football federation removed the Allah symbol from the Iranian flag," state news agency IRNA said.

"The Iran Football Federation sent an email to FIFA (football s world governing body) to demand it issue a serious warning to the US federation," it added.

The Islamic republic s flag consists of three horizontal bands in red, white and green with the word Allah appearing in stylised script in the middle.

"It was a one-time graphic to show solidarity with the women in Iran," a communications official from the US football body said, adding that it remained unmodified on US Soccer s website.

A US Soccer spokesman later told reporters that the offending post had been removed and replaced with one displaying the correct flag. But "we still support the women of Iran", the spokesman added.

Iran s Tasnim news agency said on Twitter that the US team had "breached the FIFA charter, for which a 10-game suspension is the appropriate penalty".

The US team "should be kicked out" of the World Cup, it added.

The US and Iran cut diplomatic relations in 1980, several months after students took dozens of Americans hostage at the US embassy in Tehran.

Iran s supreme leader Ayatollah Ali Khamenei said Saturday that negotiating with the United States would not put an end to the "troubles" that have rocked the Islamic republic over the past two months.

When Iran and the United States played in the 1998 World Cup, the Iranian players handed their American counterparts white roses, a symbol of peace.