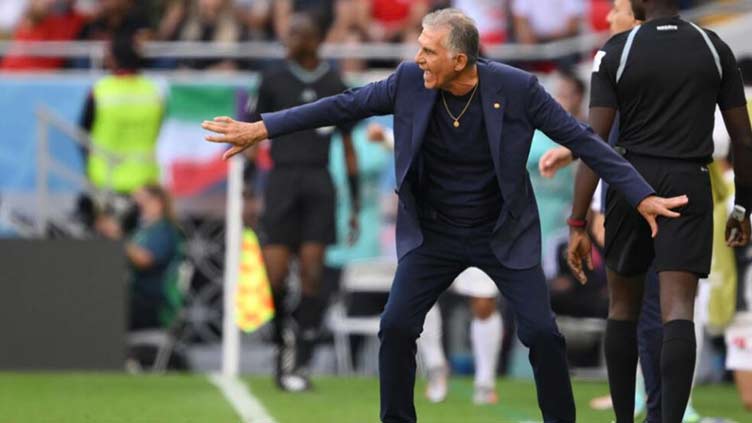 DOHA (AFP) – Iran and coach Carlos Queiroz called on Jurgen Klinsmann to resign from a FIFA experts panel on Sunday after the former Germany striker accused the Iranians of gamesmanship in their World Cup win over Wales.

Klinsmann, a member of FIFA s seven-member technical study group that is analysing the World Cup in Qatar, took aim at Iran s antics following their 2-0 Group B win against Wales on Friday.

The former USA coach said a series of niggling fouls and the conduct of the Iranian coaching staff during the game was part of a deliberate strategy to make opponents "lose their focus".

"This is not by coincidence. This is all purposely. This is part of their culture, that s how they play it," Klinsmann said while working as a studio analyst for the BBC.

"They work the referee -- you saw the bench always jumping off and working the linesman and the fourth referee on the sideline.

"Constantly in their ears, constantly in your face on the field... this is their culture.

"Even not knowing me personally, you question my character with a typical prejudiced judgment of superiority," Queiroz wrote in a series of posts on Twitter.

"No matter how much I can respect what you did inside the pitch, those remarks about Iran culture, Iran national team and my players are a disgrace to football."

"Nobody can hurt our integrity if it is not at our level, of course," the veteran former Portugal coach added.

Queiroz invited Klinsmann to visit the Iranian camp at the World Cup to "listen how much they love and respect football" despite the "outrageous" criticism.

However he said Klinsmann would only be welcome if he stepped down from his FIFA role.

"We just want to follow with full attention what will be the decision of FIFA regarding your position as a member of Qatar 2022 Technical Study Group," he wrote.

"Because, obviously, we expect you to resign before you visit our camp."

Iran s federation meanwhile drew attention to Klinsmann s reputation for "famous dramatic dives" during his career, as well as Germany s involvement in the infamous 1982 World Cup clash with Austria known as the "Disgrace of Gijon", when both sides appeared to agree on a mutually beneficial result that eliminated Algeria.

Speaking to the BBC on Sunday, Klinsmann said he planned to contact Queiroz to "calm things down", denying he had criticised the manager or his staff.

"All I described was their emotional way of doing things, which is actually admirable in a certain way," Klinsmann said.

"The whole bench lives the game. They re jumping up and down and Carlos is a very emotional coach, he s constantly on the sidelines trying to give his players all his energy and direction."

Iran face the United States in their final Group B game on Tuesday, where a win would put them through to the last 16.