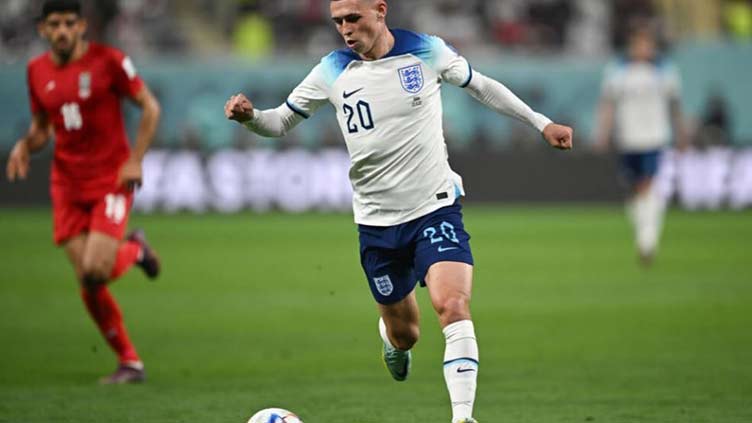 QATAR (AFP) – Gareth Southgate s refusal to use Phil Foden during England s drab 0-0 draw against the United States has put renewed pressure on the Three Lions boss ahead of their decisive World Cup Group B clash against Wales.

With England labouring to prise open the well-drilled US defence at the Al Bayt Stadium on Friday, it was notable that Southgate turned to Jack Grealish and Marcus Rashford as his attacking changes.

For the second successive World Cup game, Manchester City playmaker Foden had started on the bench.

After a 19-minute cameo in the 6-2 win over Iran, he was left kicking his heels as an unused substitute as England fell flat against the US.

Foden has been frozen out by Southgate s preference for starting Mason Mount behind striker Harry Kane, with Bukayo Saka on the right side of the attack and Raheem Sterling on the left.

While there were only muted complaints from fans and pundits about the 22-year-old s exile when England crushed Iran, the spotlight on Southgate s decision was far harsher following a lethargic display in the US stalemate.

"For Phil Foden not to be playing is a real shame because he s a massive talent. He s our best player by a mile," former England defender Gary Neville said.

Wayne Rooney, England s record goalscorer, agrees with Neville that Foden should be part of the starting line-up.

"I found it very strange that Foden did not come on as a substitute against the USA. He would be a key part of my starting XI if I were the England boss," Rooney wrote in the Times.

"Technically, he is the best footballer England have. I think if you have a talent like Foden, you simply have to play him."

Foden did start England s first two group games at Euro 2020 but lost his place during the team s progress to a final defeat against Italy, which he missed due to injury.

As one of England s brightest talents, with his ability on the Premier League and Champions League stages long since established, it seems curious that Southgate has been so reluctant to use Foden.

"It was baffling that he remained on the bench when the game was crying out for his creativity. He is too much of a special talent," former England defender Jamie Carragher said.

After the US game, Southgate responded to critics of his use of Foden by claiming he didn t want to feature him in a central role as he mostly plays on the flanks for City.

"Whichever one of our forwards I didn t put on if we didn t win the game I would be sitting here answering questions," he said.

"We didn t think it was a game for Phil in the middle because he doesn t play there for his club.

"It was a game for experience in the middle. We love Phil, he is a super player."

A more blunt manager than Southgate might also have pointed out that Foden has yet to recapture his transcendent City form in his 19 England caps, with just two international goals to his name so far.

Despite the US draw, England remain in control of their own fate in the battle to qualify for the last 16.

Only an unlikely four-goal defeat against Wales on Tuesday would deny England a place in the knockout stages, with a victory certain to ensure they advance as group winners.

But looking ahead to the latter stages of the tournament, England will have to show more ingenuity if they are to beat the world s best and finally lift a major trophy for the first time since the 1966 World Cup.

That is why Foden s supporters believe he must be given a chance to establish momentum now.

For Southgate that is the dilemma he must solve to avoid England s World Cup challenge ending in recriminations.