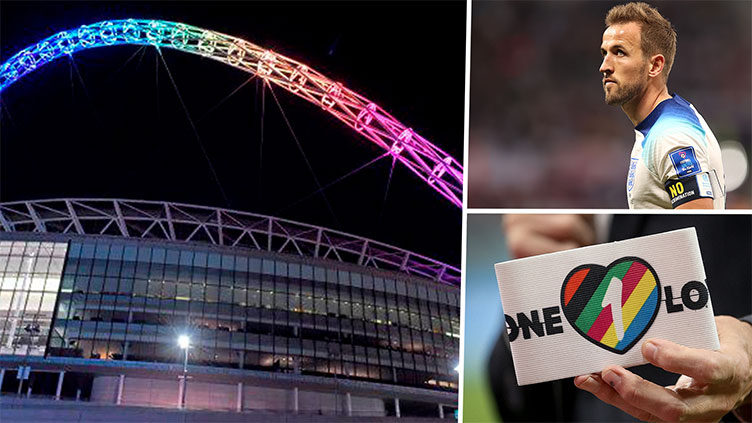 England, Wales and five other European nations planned to wear the armband to promote diversity, but abandoned the initiative after football s world governing body threatened them with sporting sanctions.

The armbands were widely viewed as a response to the laws in Qatar, where homosexuality is illegal.

"It was unlimited. They would take disciplinary action against any player that was wearing the armband on top of having a yellow card," he told ITV Sport.

England, Wales, Belgium, Denmark, Germany, the Netherlands and Switzerland said they had written to FIFA in September informing them about the "OneLove" armband, but did not receive a response.

"We had a lot of meetings with FIFA over that period and on Saturday before the game we felt we d reached an understanding where we would wear it," added Bullingham. "We hadn t got permission but we would face a fine for it.

"Unfortunately then, on the day of the game, they gave us 10 minutes  notice -- two hours before we were due to go to the game.

"They came here with five officials and they ran us through a scenario where, at a minimum, anyone wearing the armband would be booked and face disciplinary action on top of that."

Germany s players covered their mouths for the team photo before their match against Japan on Tuesday in protest at FIFA s stance and the German football federation (DFB) has said it will investigate whether the threat to sanction players for wearing the armband is legal.