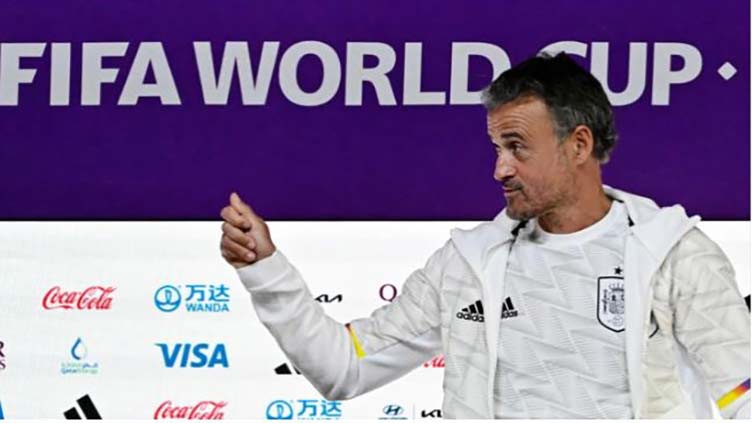 DOHA (AFP) – Spain coach Luis Enrique insisted Tuesday that he is the team s leader in the absence of any obvious star player, ahead of their first World Cup game against Costa Rica.

World Cup winner and captain Sergio Busquets tends to keep a low profile, while youngsters like Ansu Fati and Pedri could one day become stars in their own right but are still developing.

"The leader of the national team has to be the coach," Luis Enrique told a press conference the day before Spain open their campaign against Los Ticos.

"I have to say I am the leader because who will believe in what I tell them, if there is any doubt.

"I decide who plays, when we travel, how we play, I am a leader who gives solutions to the team.

"I am delighted to be here, to debut as coach at a World Cup, enjoy this party of football, have the last training session this afternoon and take on the first game with joy."

Spain have the third youngest squad at the World Cup, with Luis Enrique leaning on younger talents while some older players like Sergio Ramos were left out of the squad.

"It s very positive because young players bring energy to the team, we try to manage that with the experience we have as staff," said Luis Enrique.

The coach admitted that the worst moment of the tournament so far came last week when he exercised that leadership, replacing Jose Gaya with Alejandro Balde, after the Valencia defender suffered a sprained ankle.

Asked about Spanish reports that Gaya s ankle had already healed and he would have been able to play in the tournament, Luis Enrique explained his choice.

"I take decisions, if I took them by the heart, with what I feel for Gaya and his professionalism, then he d still be here," said the coach.

"I have to take them with my head. Two of the three games he would not have been 100 percent in, I was told it was an injury that would last 10 to 15 days. I had to take the best decision for the team and the country.

"Imagine if I listened to what they wanted and then Jordi Alba got injured, and I had no full-back for the first game, imagine what you would say about me.

"I have to lead this team and choose the best for it."

Luis Enrique said his lack of cover at left-back also contributed to Gaya departing, whereas in other positions he could have waited for an injured player to heal.

"I just help the leaders, I can facilitate them," he told a press conference later Tuesday.

"In my group I have different leaders. I can have a few of them so I can manage them. Bryan (Ruiz) is one, Keylor (Navas) is another, Joel Campbell is another.

"We have a different type of leadership. We have to be smart enough to know who the leaders are and help them."