England to take knee, Kane to wear One Love armband against Iran 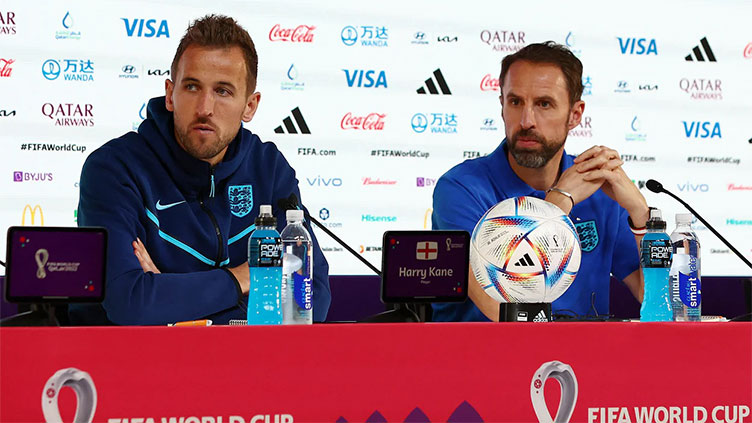 England to take knee, Kane to wear One Love armband against Iran

DOHA (Reuters) - England will take the knee and captain Harry Kane will wear the One Love armband at their opening match of the World Cup against Iran on Monday, manager Gareth Southgate confirmed on Sunday.

England have knelt before games since 2020, initially in solidarity with protests over George Floyd s death at the hands of a Minneapolis police officer and then in support of equality.

The gesture is no longer a feature before kickoffs in the Premier League, where it is selectively used, but Southgate believes it is important his team continue it at the World Cup.

"It s what we stand for as a team and have done for a long period of time," he told reporters on Sunday.

"We feel this is the biggest (stage) and we think it s a strong statement that will go around the world for young people, in particular, to see that inclusivity is very important."

Kane, along with the captains of the Netherlands, Belgium, Denmark, France, Germany, Norway, Sweden, Switzerland and Wales, will wear the One Love armband on Monday.

The armband represents support for equality and while it is not solely aimed at the rights of the LGBTQ community it is significant in Qatar where homosexuality is illegal.

World soccer s governing body FIFA takes a dim view of political statements and according to reports could punish those wearing the One Love armband with fines or disciplinary action.

Kane, however, said he would wear one.

"We ve made it clear as a team, the staff and an organisation that we want to wear the armband," Kane said. "The FA are talking to FIFA at the moment and I m sure by game time tomorrow we would have had their decision."

Southgate has become used to dealing with social issues in his time as England manager and Sunday s media conference again went beyond the field of play.

The former defender was asked, in a question from an Iranian reporter lasting several minutes, whether he supported those protesting against the Iranian regime, a cause supported by some of Iran s players.

"I don t feel informed enough to comment on what s going on in Iran, and I don t think it s really my place to comment on it either," Southgate said.

"I think the Iranian players and manager (Carlos Queiroz), I understand them, they are in a difficult position but I think they re better informed to speak about those things.

"If we were asked by their team to support them in some way, we would obviously have to listen to that and consider that but at the moment that hasn t happened."

Southgate said his main priority was that his team spread a little joy back home where political upheaval and a cost-of-living crisis make a gloomy backdrop to the World Cup.

"We re all hoping to focus on football now," he said. "Our country is also going through a difficult spell, not the same as some of the other countries, but we re in an economic recession and life has been difficult for a lot of our people.

"So we want them to enjoy their football, have a journey with the team and bring them some happiness."