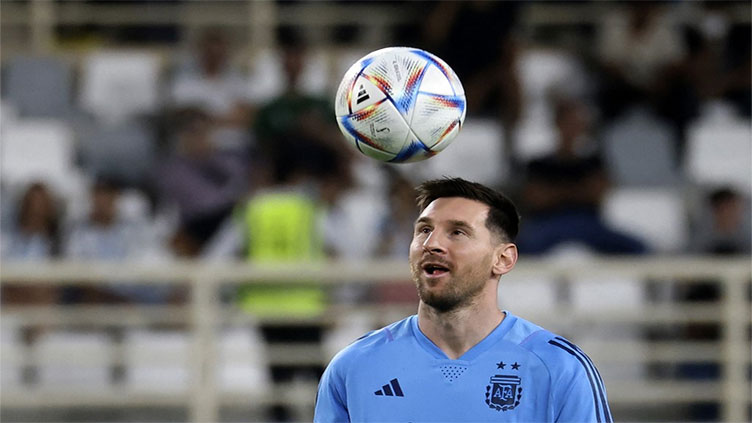 Argentina's opening Group C match is against Saudi Arabia before they face Mexico and Poland.

PARIS (Reuters) - Argentina s Lionel Messi picks out Brazil, France and England as the biggest threats to his dream of finally adding a World Cup winners  medal to his bulging trophy cabinet.

The 35-year-old Paris St Germain forward will again shoulder Argentina s hopes in Qatar as they bid to deliver the South American country s third world title and first since 1986.

"Whenever we talk about candidates, we always talk about the same teams," Messi told South American Federation Conmebol.

"If I have to put some above others I think Brazil, France and England are a little bit above the rest. But the World Cup is so difficult and so complicated that anything can happen."

Messi reached the final with Argentina in 2014 but suffered an extra-time defeat by Germany.

Copa American champions Argentina are unbeaten in 35 games and if this is to be Messi s final World Cup, they are in the form to deliver the title.

"We are very excited. We have a very nice group that is very eager, but we think about going little by little," he said.

"We hope to start the World Cup in the best way to face everything that comes after. The more you play and the more time you spend on the pitch, the more you get to know each other."

Argentina s opening Group C match is against Saudi Arabia before they face Mexico and Poland.