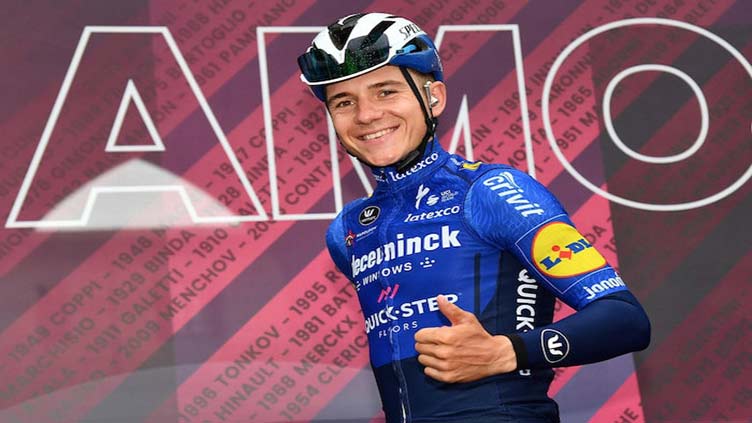 BRUSSELS (AFP) - World road race champion Remco Evenepoel said on Monday he will wait to see the routes of the Tour de France and Giro d Italia before deciding to compete in one of them next year.

Belgian Evenepoel, 22, claimed the rainbow jersey in Australia on September 25 after winning the Vuelta a Espana two weeks earlier.

Last month Evenepoel s sporting director at Quick-Step Alpha Vinyl Patrick Lefevere said the Liege-Bastogne-Liege winner would not be on the Grande Boucle before 2024.

The Giro s full 2023 programme will be announced on October 17 with the Tour s route published ten days later.

"I know after my success in Spain, there are a lot of comments from people who want to see me soon on the Tour de France," Evenepoel told reporters.

"We will see the routes and notably their profiles and time-trial kilometres. When we have that information, we can decide which race we ll do," he added.

On Tuesday, he will race Binche-Chimay-Binche in Belgium, his first outing since his victory in Wollongong.

Evenepoel, his country s first Grand Tour winner since 1978, has recently been linked with a move to Ineos.

"I m surprised by what I ve heard," he said.

"I still have three years of my contract left. I trust my team-mates. They trust me. I have no reason to leave," he added