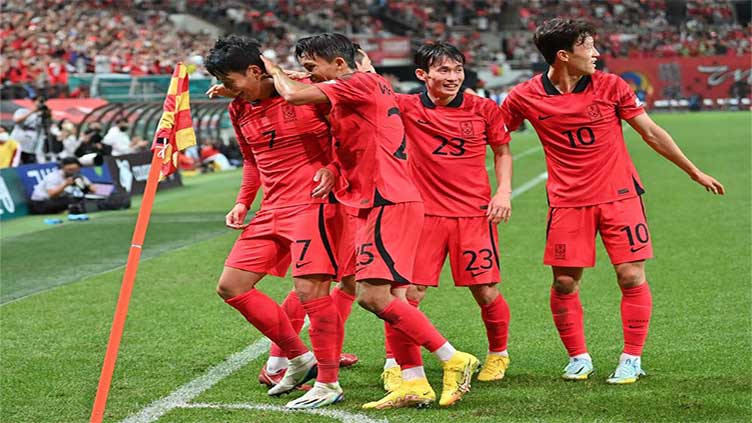 SEOUL (AFP) - Son Heung-min scored for the second straight match on Tuesday to give South Korea a 1-0 home victory over Cameroon in their latest World Cup tune-up.

The Spurs striker headed the ball home after a shot from Kim Jin-su was deflected by goalkeeper Andre Onana in the 35th minute.

South Korea hung on for the win in front of 59,000 fans at Seoul World Cup Stadium.

On Friday, Korean skipper Son netted a free-kick in a 2-2 draw against Costa Rica.

With the World Cup less than two months away, South Korea s Portuguese coach Paulo Bento was pleased with the workout.

"In general, we made a good game, better in the first half, when we had good chances to score," he said.

"It was a good game and a fair victory," he added.

South Korea are in Group H at the World Cup with Uruguay, Ghana and Portugal.

The home side had the first attempt of the game when Lee Jae-sung s diving effort in the fifth minute forced a difficult save from Onana.

Cameroon are also Qatar-bound and they threatened in the 26th minute when Moumi Ngamaleu fired a right-footed shot over.

The visitors nearly levelled the score in the 43rd minute when Bryan Mbeumo s effort ricocheted off the body of defender Kwon Kyung-won and struck the crossbar.

South Korea had a chance to double their lead two minutes into the second half but Jeong Woo-yeong s header sailed over the net.

The Cameroonians  push for an equaliser proved futile, with Olivier Ntcham sending his left-footed shot wide in the 51st minute.

Goalkeeper Kim Seung-gyu helped the Koreans keep Cameroon at bay, proving up to the task when Martin Hongla tested him in the 70th minute.

Son came close to grabbing a brace with an 87th-minute free-kick but the shot landed on top of the goal netting.

Cameroon s coach Rigobert Song said he was proud of his side, who face Brazil, Serbia and Switzerland in Group G at the World Cup.

"I think we have rediscovered our fighting spirit," said Song, who saw his team lose 2-0 to Uzbekistan last week in South Korea.

"South Korea are a great team. If we hadn t played well, they would have scored more goals.

"It was a good experience for us to play such a strong team."