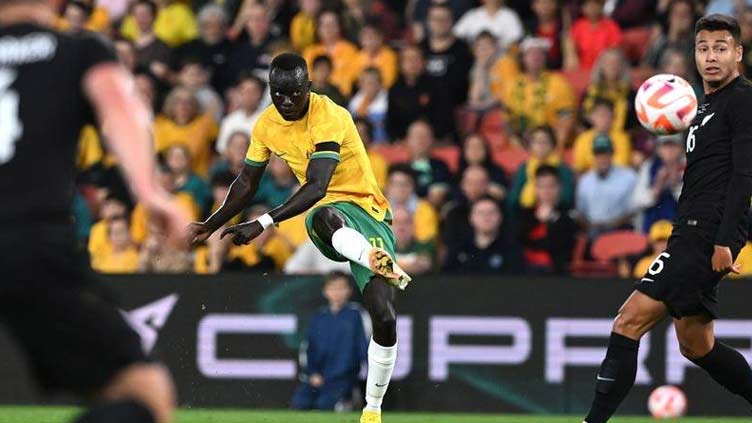 SYDNEY (Reuters) - A long-range Awer Mabil strike proved the difference as World Cup-bound Australia bid farewell to their fans with an unconvincing 1-0 win over New Zealand in a friendly at Brisbane s Lang Park on Thursday.

It was Australia s first match since beating Peru to secure their ticket to Qatar and last at home before heading off for the tournament, where they will face reigning champions France, Tunisia and Denmark in Group D.

New Zealand, whose own World Cup ambitions were ended in a playoff defeat to Costa Rica in June, frustrated the home side with their aggressive high press and carved out a few chances without reward.

Australia slowly warmed to their task and had a Trent Sainsbury goal disallowed before Mabil broke the deadlock in the 33rd minute with his eighth international goal.

The lively winger received a pass about 30 metres out, cut inside the covering defender and lashed the ball into the bottom corner of the net to the delight of the 25,000 crowd.

Australia s scoring issues re-emerged in the second half with Riley McGree and Martin Boyle both firing chances over the bar and Mathew Leckie hitting the post when through on goal late on.

The two teams will meet again in Auckland on Sunday as Australia celebrates the centenary of their first international match, which was against their neighbours in 1922.