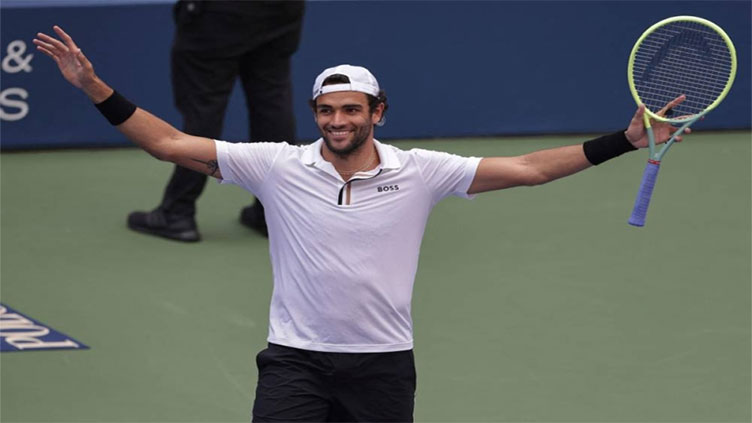 NEW YORK (AFP) - Fit-again Matteo Berrettini says the fear factor helped spur him into the US Open quarter-finals as his impressive recent run of Grand Slam results continued on Sunday.

It was the latest solid showing from Berrettini in a Grand Slam singles event.

Although the Italian was forced to miss this year s French Open (injury) and Wimbledon (Covid-19), Berrettini performed well at the four Grand Slams preceding those events.

He reached the semi-finals at the Australian Open earlier this year, and in 2021 made the last eight at the US Open as well as the Wimbledon final and the French Open quarter-finals.

Berrettini said Sunday his run of results shows he is suited to the demands of Grand Slam tennis.

"It s not a secret for me the Slams are the goal of the season," he said.

"I think it proves that my level is high in Slams, and I m really solid, that I like to play best-of-five and I play my best tennis in the most important stages of the tour."

Berrettini added that fear of failure was driving his success.

"I think fear is part of my life and my career," he said. "Fear is a big engine, it s something that helps me getting up in the morning, and achieving goals.

"Without fear I wouldn t be here. I always say when I m not tight, when I don t have fear to lose, I never feel good."

After his semi-final run in Australia this year, hand surgery kept Berrettini out of the French Open. He then withdrew from Wimbledon after testing positive for Covid-19 in June.

"I was sick, I had really a high temperature. I was feeling all my bones were broken," he said. "Obviously now I have an extra motivation. I feel like this year has been tough, surgery, COVID.

"But here I am again, healthy, and really looking forward to play my quarter-final."

- Ruud into US Open quarter-finals-

Casper Ruud became the first Norwegian man to reach the US Open quarter-finals on Sunday with a 6-1, 6-2, 6-7 (4/7), 6-2 victory over French lucky loser Corentin Moutet.

The 23-year-old Ruud, seeded fifth, will face Italy s Matteo Berrettini for a place in the semi-finals.

Moutet, the world number 112, had lost in qualifying before injury pull-outs opened up a slot in the main draw.

However, having knocked out 2016 champion Stan Wawrinka and 2021 quarter-finalist Botic de Zandschulp on his way to a maiden fourth round appearance at the majors, Moutet ran out of steam despite a gritty third set performance.

Playing on Arthur Ashe Stadium for the first time, Ruud fired 43 winners past his opponent as he made the last 16 of a Slam for the third time in 2022.