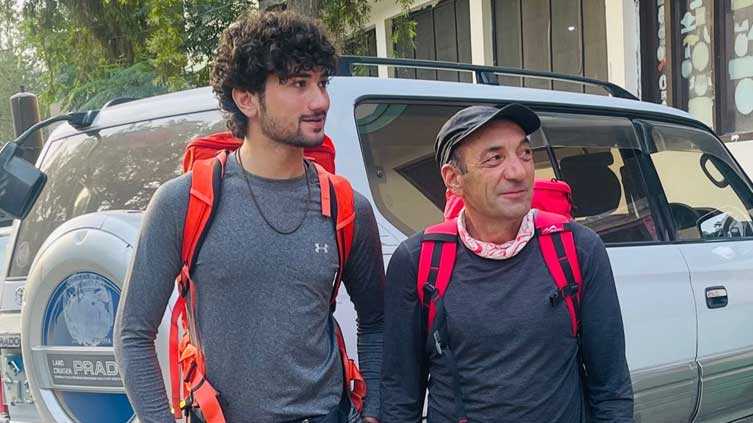 GILGIT (Dunya News) - Pakistan mountaineers Shehroze Kashif and Fazal Ali have reached Camp 3 of Nanga Parbat after they went missing and lost contact with track for hours on their way back to Camp 3 on Tuesday morning.

Shahroze’s father confirmed the news that Shehroze and Ali Fazal have reached Camp 3 of Nanga Parbat on their own.

As per the Twitter account of the mountaineer, " the duo survived the night at 7350m with their sheer willpower and resilience and resumed descent in the early morning as soon as weather opened."

Shehroze, who became the youngest mountaineer to successfully summit the ninth highest peak in the world – Nanga Parbat, lost contact with the track on his way back from the mountain.

Earlier, Shehroze Kashif’s father on Wednesday confirmed that the location of his son has been traced and he can be seen descending to the Camp 3 with his companion Fazal Ali on their own.

He had also appealed to the government to start rescue mission. In a video message, he also made an appeal to the Army Chief Qamar Javed Bajwa to start a rescue mission as soon as possible.

In an emotional video message, Shehroze’s father said, "He [Shehroze] is only 20-years-old. He has made big achievements and brought a good name to Pakistan."

"Is this the payback in this country?" he asked in shaky voice.