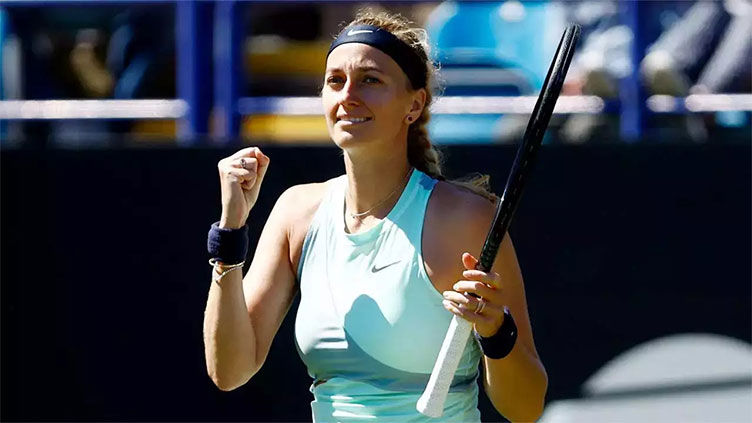 Kvitova, who won Wimbledon in 2011 and 2014, is using the WTA Tour event on England s south coast to prepare for the grass-court Grand Slam, which starts on Monday.

The 32-year-old was in danger of a shock defeat against Boulter after the world number 127 took the first set of their last-16 clash in warm temperatures at Devonshire Park.

Boulter had knocked out last year s Wimbledon runner-up Karolina Pliskova in the previous round.

But former world number two Kvitova showed her class as she took the second set at a canter.

The Czech, who last reached a Grand Slam final in Australia in 2019, held her nerve in a tense decider to win in two hours and 23 minutes.

In the Eastbourne men s singles, Cameron Norrie defeated Brandon Nakashima 6-4, 6-2 for his first win on grass this season.

The British number one, who will be seeded ninth at Wimbledon, suffered a shock first-round exit at Queen s Club last week.

But Norrie bounced back at Eastbourne with an accomplished display against Nakashima, breaking the American s serve three times.

"It would have been nice to go deeper at Queen s but now looking to get some more matches and time on the grass before Wimbledon here," Norrie said.