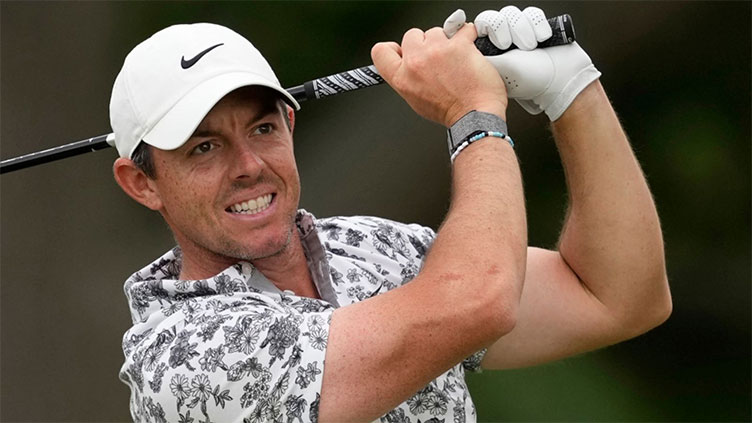 NEW YORK (AFP) - Rory McIlroy on Wednesday slammed certain players who have defected to the Saudi-backed LIV Golf series for acting in a "duplicitous" fashion in signing with the breakaway circuit.

The PGA Tour has been hit by more departures to LIV Golf this week, with four-time major winner Brooks Koepka and Mexico s Abraham Ancer both opting into the new series.

Asked Wednesday if he was surprised by Koepka s decision to become the latest big name to follow the money, McIlroy replied: "Yes, because of what he said previously.

"I think that s why I m surprised at a lot of these guys because they say one thing and then they do another, and I don t understand that and I don t know if that s for legal reasons or if they can t -- I have no idea.

"But it s pretty duplicitous on their part to say one thing and then do another thing."

The PGA Tour has suspended all current or former members of the tour who have opted to sign up with the controversial LIV Series.

McIlroy, who was speaking ahead of this week s Travelers Championship in Connecticut, said he hoped world golf would eventually form a truly global circuit similar to the ATP Tour in tennis.

"I would like to see, and I ve always advocated for something where the tours work more closely together or we create some sort of world tour model or ATP model," McIlroy said.

"Where there s different events going on in different areas of the world, but they re all governed under one umbrella.

"I would like to see the PGA Tour and the European Tour start to work more closely together and maybe try to forge a path to where all the biggest golf events in the world are under the same umbrella."

Asked if he believed it could happen, he added: "It s hard to say at this point, but I would like to think that it s a possibility."