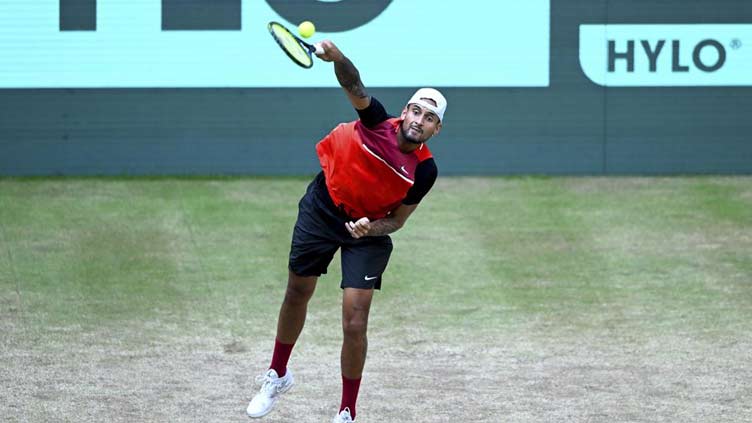 PALMA (AP) — Daniil Medvedev and Stefanos Tsitsipas advanced to the quarterfinals of the Mallorca Championships on Wednesday, while Nick Kyrgios withdrew to avoid aggravating an injury ahead of Wimbledon.

Medvedev, the defending champion, improved to 8-2 on grass this season although he has lost two straight finals on the surface.

“Last year was amazing. I played great tennis,” Medvedev said. “I like it here in Mallorca.”

He will next face Roberto Bautista Agut, who advanced after Kyrgios withdrew ahead of their match because of an abdominal injury.

“I have been playing a lot of great matches lately and unfortunately I woke up with a pain in my abs. I went to see the tournament doctor right away and he advised that I don’t play tonight,” Kyrgios said. “I really value the Mallorca Championships but I will follow his advice as I don’t want to risk Wimbledon next week.”

Kyrgios needed more than two hours to defeat Laslo Djere 5-7, 7-6 (1), 7-6 (1) in the previous round of the grass-court tournament that serves as preparation for Wimbledon.

Medvedev will not play at Wimbledon this year because the All England Club has barred players from Russia and its ally Belarus over the war in Ukraine.

Tsitsipas faced no break points in his comfortable victory over 40th-ranked Ivashka.

“I felt like after my first serve, I was really able to get behind the ball and pick the right spots,” Tsitsipas said. “It was I guess very difficult for the opponent to be able to adjust to this. I was doing it very well. I was very dedicated to that. It was really good for me from start to finish.”