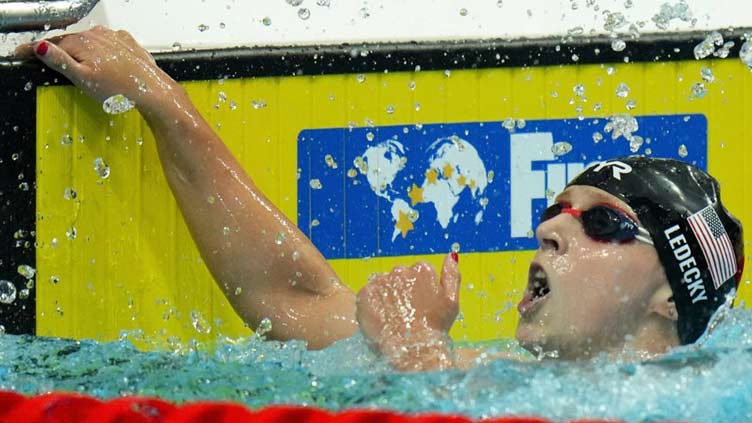 Ledecky punched the water in delight before waiting to embrace her teammate.

The 16-year-old Grimes is the second youngest medalist in the 1,500 at a worlds since Ledecky won it for the first time in 2013.

Only compatriot Michael Phelps also won at least four gold medals in three different swimming events at the worlds, though he achieved it in just one individual event — five 200 butterfly titles — as well as two relays (4x100 medley, 4x200 freestyle).

Australian Lani Pallister finished third, 18.81 off Ledecky’s pace, for her country’s first medal in this race. The 1,500 freestyle was the only women’s event at a worlds in which an Australian swimmer had not reached the podium.

Italy’s Simona Quadarella, who was second fastest in qualifying, finished fifth, more than half a minute behind.

The 17-year-old Popovici was 1.26 seconds ahead of South Korea’s Hwang Sun-woo and 1.77 ahead of Britain’s Tom Dean.