Mental toughness of golfers will get a workout at US Open 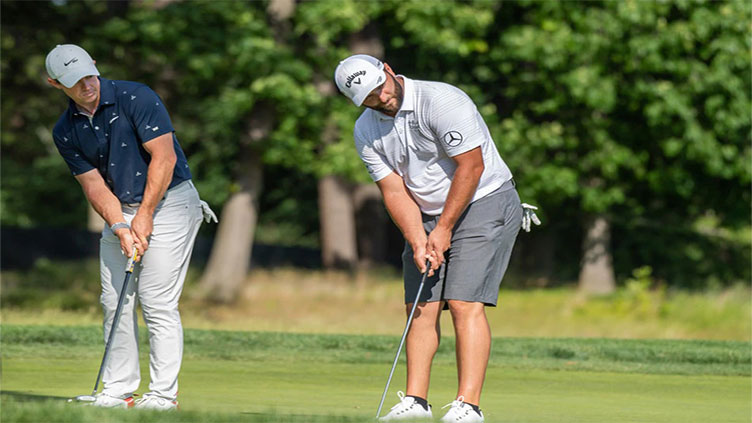 Mental toughness of golfers will get a workout at US Open

The 122nd US Open will start at The Country Club today (Thursday).

BROOKLINE (AFP) - The mental fortitude of the world s finest golfers will be tested by unrelenting challenges and moments of adversity when the 122nd US Open starts Thursday at The Country Club.

Defending champion Jon Rahm, who won his first major at oceanside Torrey Pines last year, seeks a repeat on a 7,254-yard layout at a 140-year-old urban club where golf has been played since the 1890s.

"I always love coming to courses that were designed so long ago," Rahm said. "The uniqueness of the architecture from back then still stands."

But it s the usual formidable US Open set-up.

It is a mental toughness test as much as a shotmaking one, Spain s second-ranked Rahm said.

"It s a US Open. You need everything," he said. "You need to drive well, hit your irons well, chip well and putt well and be mentally sane for four days. You can t hide. Period.

"Your biggest asset is mental strength out here and that s what you need. You re going to have a lot of holes where things are going to go wrong, but I just have to know going into it and accept certain things that happen. Par is a good score."

"A lot of it is depending on how you re playing," Thomas said. "If you re cruising and everything feels good, you just basically keep doing what you re doing, stay focused and in the moment.

"It s when things start going south or maybe you get a couple of bad breaks or some wind gusts, whatever it is, to where you just get thrown some adversity, and it s like, how are you going to handle it?

"Those are the times, especially in a major, that I ve learned I become a little impatient. I almost try to force the issue sometimes. That s how a lot of guys are going to end up losing the tournament."

"We re the best players in the world and we set ourselves to high standards. Sometimes when you don t perform to the way you want, you can get upset. It can be frustrating," the seventh-ranked American said.

"You just have to accept that you re going to hit bad shots. It s just how do you go through the process and make sure you re doing the right things leading up to the ball.

"There are so many little things that aren t said or heard or no one else would know other than yourself, but that s the thing. It s the small things that really make a difference.

"That s what it takes to win majors."

Top-ranked Masters champion Scottie Scheffler missed the cut at last month s PGA Championship but says he learned from it.

"Mentally I could have been a little bit different approaching this shot," Scheffler said. "It s more stuff like that versus,  I missed the cut, what am I doing out here?

"It was more just sitting back and saying,  I could have been better mentally here and here.  Just little changes. It s nothing big."

"A lot of discipline," he said. "Whether that means laying up off tees just to hit fairways, missing in the correct spots, not being suckered into any pin locations even though it might be a go yardage for you or anything like that.

"You re going to make a bunch of bogeys. Try not to make a double bogey. That has always been my big goal in majors. You get out of trouble, then get back in position. That s the key to US Opens."