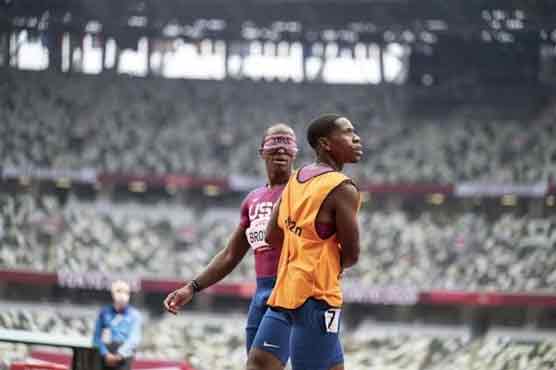 "I'm able to speed up or slow down, whatever the case may be."

TOKYO (AFP) - David Brown has lost count of how many different guides he has had in his career. But then, sprinting in perfect lockstep with a visually impaired Paralympic champion is not easy.

Brown, who lost his sight to Kawasaki disease at the age of 13, is competing at the Tokyo Games with Moray Steward, a college sprinter with whom he only recently started working.

Brown’s preparations for the Tokyo Games were rocked when his long-time guide Jerome Avery -- his partner for the Rio triumph -- was ruled out with injury.

Steward is still learning what it takes to stay in synch with a Paralympic champion as they thunder down the track, but he says a mutual understanding is essential.

“I’m able to speed up or slow down, whatever the case may be,” Steward told AFP.

The high standard of Paralympic sprinting -- Brown’s personal best for the 100m is 10.92sec -- means only a select few athletes are capable of becoming guides.

Brown says he needs someone with the speed to keep up with him and the fitness to run and talk at the same time.

He also needs someone who is “able to guide comfortably”.

“We look for feel -- how we’re synchronising with each other, how we’re running, and how that affects me. Are they able to adapt to my needs?” Brown said.

And there is not much room for negotiation.

If a guide doesn’t fit the bill, “you have to move on”.

Guides need not be the same gender as the athlete, with many women runners in Tokyo working with male guides.

But there is one strict rule: the guide must not cross the finish line ahead of their athlete.

‘This dude is hilarious’

Paralympic races for the visually impaired range in distance from the 100m to the marathon.

Brown says the essence of being a guide remains the same regardless of distance, but longer races can pose a particular challenge.

“I’ve known a marathon runner that has two different guides,” he said.

Being in synch on the track requires athlete and guide to be in perfect harmony, and Brown says it is “all business” with any relationship away from running a “secondary” consideration.

Still, he is enjoying his time in Tokyo with Steward, who he considers “like a brother”.

“We’re in the same room in the village, and it’s been fun getting to know this guy -- this dude is hilarious,” said Brown.

Guides often continue to pursue their own track careers at the same time as working towards the Paralympics.

Brown says he is encouraging Steward to keep training and getting faster, and would not want to stand in his way if he makes it to the Olympics.

“For him to be here is very humbling, because he’s put his college practices and sometimes even his college courses on hold to be here with us and to help me out,” Brown said.

The pair qualified from their 100m heat on Wednesday morning, but Brown says their working relationship is so new that their focus is on the 2024 Paris Games.

The Tokyo Games are mostly about “getting competition time in and feeling each other out for the future”, he added.

Steward follows in the footsteps of several guides who have worked with 28-year-old Brown, who made his Paralympic debut at the 2012 London Games.

“There’s been a lot of guides that I’ve had in my career,” Brown said. “I’m very grateful to every single last one of them.” 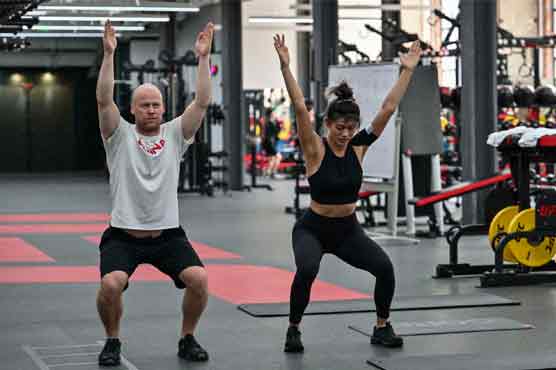 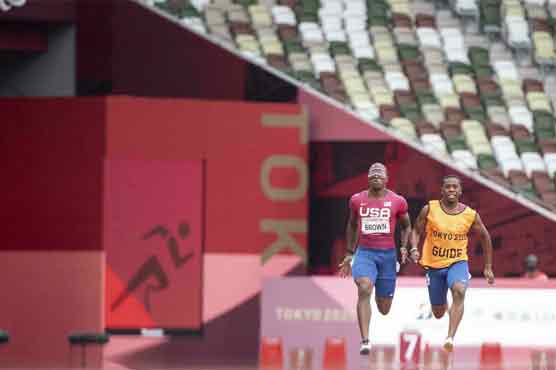 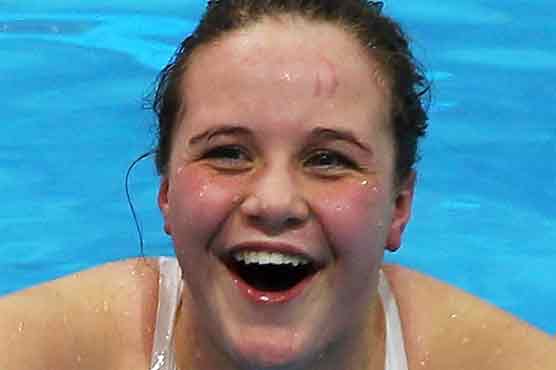 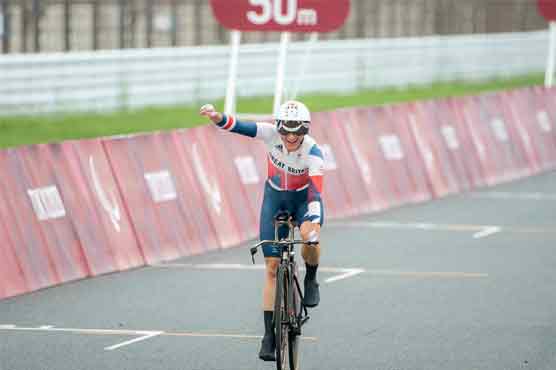