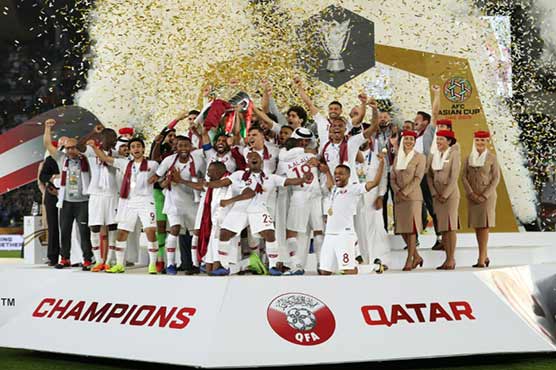 Erdogan, whose country is a regional ally of Doha, congratulated the emir on "Qatar s success in football and championship of 2019 Asian Cup", the source added.

Qatar and Turkey have reinforced their extremely close ties in recent years.

Doha has been isolated from its neighbours and former allies -- including Saudi Arabia, the United Arab Emirates and Bahrain -- since June 2017 over accusations it supports terrorist groups and seeks closer ties with Saudi arch-rival Iran. Doha denies the allegations.

But Ankara backed Doha and was at the forefront of nations to supply the Gulf state with food and services, following the blockade imposed by the Saudi-led nations.

Erdogan and the emir reaffirmed the commitment to strengthen their ties in every field and agreed to remain "in close contact", according to the Turkish presidential source.

When the Turkish lira was plunged into a crisis last summer over a number of reasons including a spat with the United States, the wealthy Qatar pledged to invest $15 billion in Turkey.