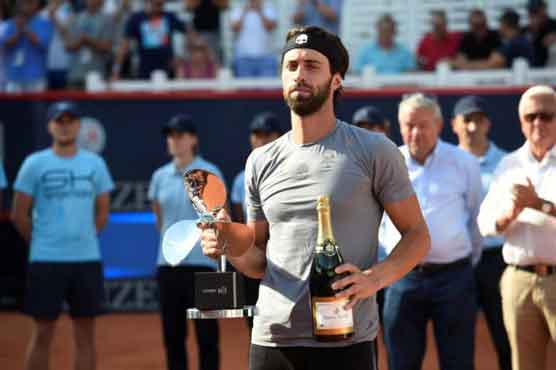 Basilashvili was competing in his 3rd final, having finished runner-up at Kitzbuehel.

HAMBURG (AFP) - Georgian qualifier Nikoloz Basilashvili earned his first ATP title in Hamburg on Sunday with a 6-4, 0-6, 7-5 victory over defending champion Leonardo Mayer in the final.

The 26-year-old Basilashvili, ranked 81st, was competing in his third final, having finished runner-up at Kitzbuehel in 2016 and in Memphis last year.

"It means everything (to me)," Basilashvili said. "To be the first player (from Georgia) to win an ATP title also means something unbelievably special.

"But in general, to win an ATP title, it takes a lot of effort, especially to win at the 500 level, and I’m extremely happy about this."

He will climb to a career high of 35th in the world, eclipsing the previous Georgian record of 42nd held by Irakli Labadze.

Argentina’s Mayer was denied in his bid for a third Hamburg crown in five years.