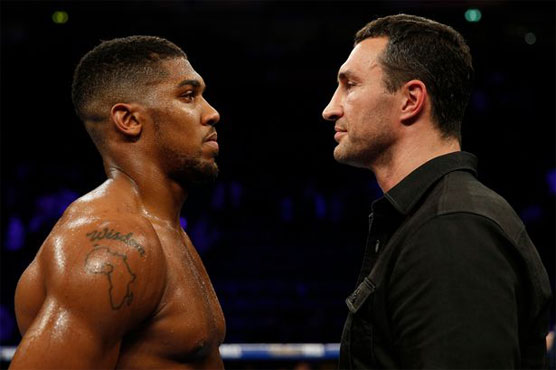 Anthony Joshua's possible rematch with Wladimir Klitschko could be staged in Las Vegas.

Joshua, the IBF and WBA heavyweight champion, is waiting to see if terms will be agreed with Klitschko for another bout after the British fighter s thrilling victory over the Ukrainian at Wembley in April.

Hearn has held talks with Klitschko s manager Bernd Boente and told Sky Sports News: "We re getting close now to identifying the real options in terms of venues and locations.

"Vegas has taken a little bit of a front-runner in those. I know the British fans would love to do a trip out there for Joshua-Klitschko.

"Nigeria is still in the mix, Dubai as well, and of course Cardiff. But like I said, Vegas has probably got its nose in front at the moment.

"I think in the next week we re looking to present all those opportunities to Wladimir Klitschko and his team.

"Speaking to Bernd Boente this morning, I feel like it s going to take that special event to make this fight."

Joshua ready to train despite no rival