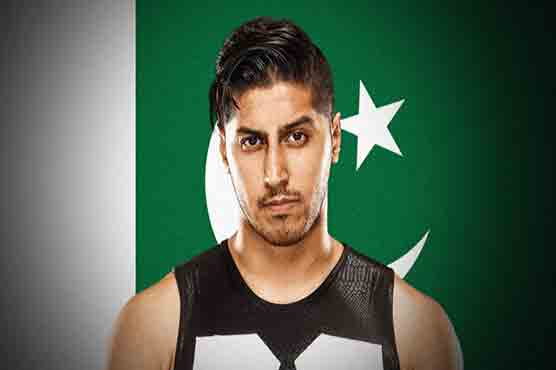 Mustafa Ali has become a member of the professional WWE, says proud of being Pakistani

STAMFORD: (Dunya News) – Pakistan born American Mustafa Ali has on Monday joined professional WWE as a wrestler. He said that he was a proud Muslim and Pakistani, reported Dunya News.

It is a dream of every wrestler to become part of WWE wrestling and it is the first time that a Pakistani wrestler has joined WWE.

The national wrestler has been given a contract by WWE for the new 205 live show. Mustafa has been kept in the cruiser-weight category, in which a wrestler’s weight cannot exceed 105 pounds. Mustafa is expected to fight American wrestler Brock Lesnar this month.